Home A New Chapter of WESTWORLD is Set to Begin

A New Chapter of WESTWORLD is Set to Begin

A New Chapter of Westworld is Set to Begin

The Executive Producers and cast members of HBO’s Westworld took over Hall H at Comic Con to talk about where Artificial Intelligence is heading in our society, the metaphors that are prevalent within the series, and of course, where season three of the futuristic scifi series will take viewers.

One of the biggest takeaways from this panel is just how intelligent every single member of the panel is. They all were able to speak about very deep subjects, and were very knowledgeable about the societal impacts of the rise of artificial intelligence in our world. Each person was very invested in the show, and the overall thematic elements that are woven throughout each season. As such, the panel was very interesting, and it sounds like season three will be just as confusing and wonderful as the past two seasons.

The third season of Westworld premieres on HBO in 2020. 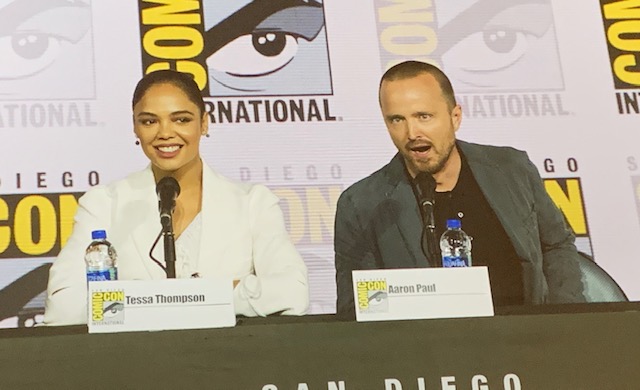