Will the lure of the deadly Zero Matter prove too powerful for Wilkes to resist, or will Peggy find some way to save him from succumbing to the darkness?

First details from Agent Carter’s February 16 episode tease that Peggy will turn to an ‘unexpected adversary’ for help.

We’re kinda hoping that help comes in the form of Bridget Regan’s Dottie Underwood whom we last saw whisked away by nefarious War Department vet Vernon Masters (Kurtwood Smith) before she had the opportunity to teach Jack Thompson another humiliating lesson in furniture placement.

Since that time we’ve been left to wonder whether Masters intention was to incarcerate, rescue or attempt to utilize Dottie’s special skills. Either way, we’d like to know what Dottie’s been up to in that time.

Come on Marvel. It’s been too long since we last saw our favourite deadly super spy!

Meanwhile, according to reports, having grown even more powerful, Whitney will make her move to control the Zero Matter.

“Life of the Party” airs Tuesday February 16 (9:00-10:00 p.m. EST) on the ABC Television Network, but if you can’t wait that long we’ve got a collection of newly released photos from the episode to share in our gallery below.

“Life of the Party” was written by Eric Pearson and directed by Craig Zisk. 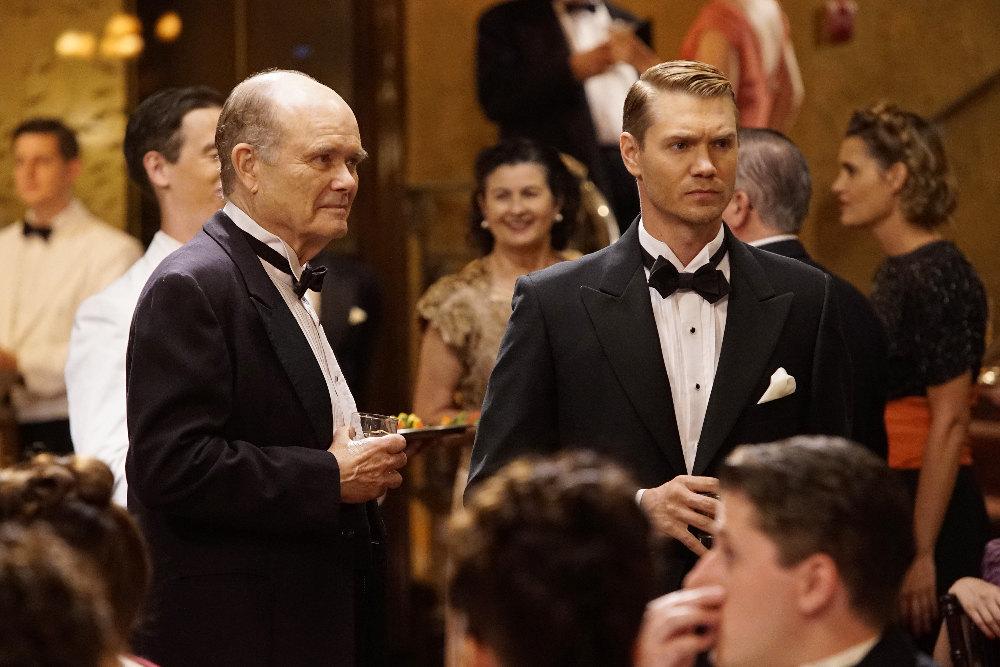 MARVEL'S AGENT CARTER - "Life of the Party" - When Peggy realizes she cannot save Wilkes on her own, she turns to her most unexpected adversary for help while Whitney makes a move to control the deadly Zero Matter, on "Marvel's Agent Carter," TUESDAY, FEBRUARY 16 (9:00-10:00 p.m. EST) on the ABC Television Network. (ABC/Kelsey McNeal)KURTWOOD SMITH, CHAD MICHAEL MURRAY