Marvel’s Agent Carter is rolling out two back to back episodes on Tuesday Feb. 23.

“The Edge of Mystery” will see Peggy and Sousa proposing a trade with the formidable Whitney Frost, while the SSR gets help from Howard Stark that may be the key to eliminating Zero Matter.

Meanwhile in “A Little Song and Dance” Peggy desperately tries to save Dr. Wilkes with a dangerous plan to stop Whitney Frost. But Thompson makes a surprising move that could destroy them all.

We’ve got some episode stills to share from the first hour in our gallery below. 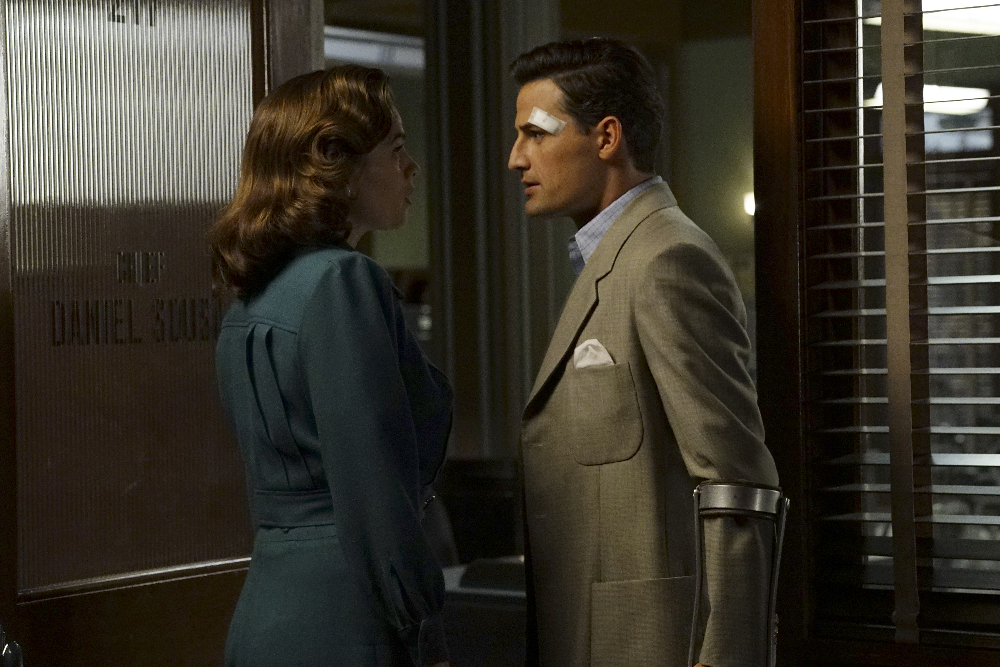 MARVEL'S AGENT CARTER - "The Edge of Mystery" - Peggy and Sousa propose a trade with Whitney Frost, while the SSR gets help from Howard Stark that may be the key to eliminating Zero Matter, on "Marvel's Agent Carter," TUESDAY, FEBRUARY 23 (9:00-10:00 p.m. EST) on the ABC Television Network. (ABC/Byron Cohen)HAYLEY ATWELL, ENVER GJOKAJ

Everyone Hates Each Other in HOW TO GET AWAY'S ... “She Hates Us”