Daisy (like Coulson, we still have difficulty adjusting to this new name), Mack and Coulson will find themselves in a race to protect Lincoln in Agents of S.H.I.E.L.D.’s October 13 installment.

Titled “A Wanted (Inhu)man,” the episode will see Coulson’s new nemesis Rosalind (guest star Constance Zimmer) taking an interest in Lincoln, as part of their plans to acquire powered people, prompting SHIELD to act quickly in order to keep him safe.

Meanwhile, as hinted in the premiere, Hunter proves that there is no line that he will not cross to exact his revenge against Ward and Hydra.

We’ve got a collection of first look images, courtesy of ABC, from the episode in our gallery below. 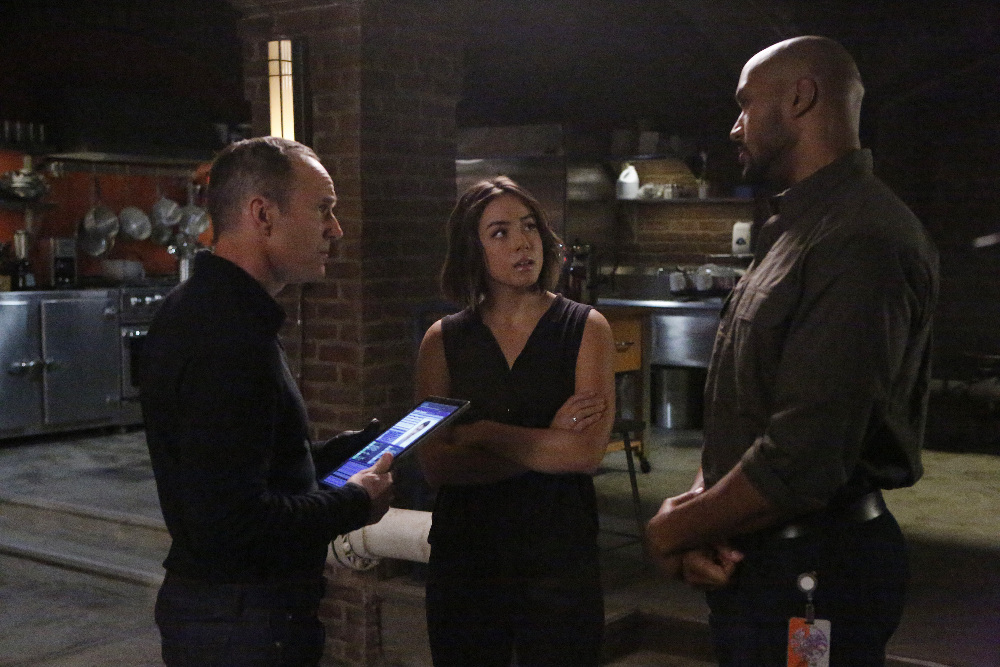