AGENTS OF SHIELD 4.18 “No Regrets” Photos

by Jennifer Griffin
AGENTS OF SHIELD “NO REGRETS”   FITZ’S SECRET IS REVEALED   Episode 4.18 “No Regrets” — The truth behind Fitz’s turn could bring down all of S.H.I.E.L.D. Marvel’s Agents of S.H.I.E.L.D. stars Clark Gregg as Agent Phil Coulson, Ming-Na Wen as Agent Melinda May, Chloe Bennet as Daisy Johnson, Iain De Caestecker as Agent Leo... Read More

AGENTS OF SHIELD “NO REGRETS”

“No Regrets” was written by Paul Zbyszewski and directed by Eric Laneuville. 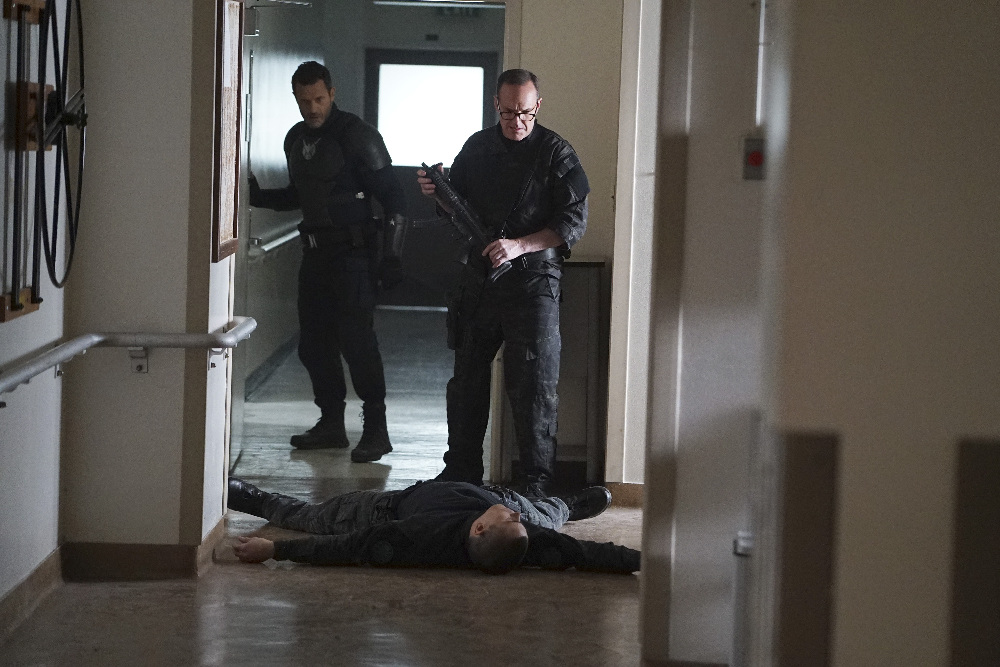