The Network teases that in the May 11th episode when Team Arrow learns what Damien Darhk’s (guest star Neal McDonough) next move is, Felicity (Emily Bett Rickards) realizes she needs to ask her father, Noah Kuttler (guest star Tom Amandes), for help.

However when Noah and Oliver (Stephen Amell) have a heart to heart talk, it leaves Oliver rattled.

Kevin Tancharoen directed the episode which was written by Speed Weed & Jenny Lynn.

It airs Wednesday May 11 on the CW Network. 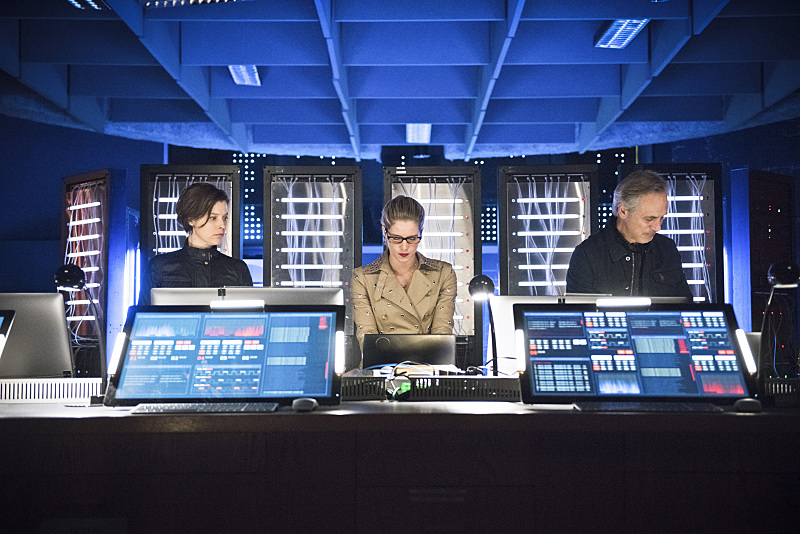