In “The Candidate” when Jessica Danforth (Ryan) announces her intentions to run for mayor, Oliver (Stephen Amell) and Thea (Willa Holland) are naturally concerned, considering the last three mayors were murdered.

However, despite their protests, Jessica moves ahead with her plans, prompting  the Green Arrow and Speedy vow to protect her.

Meanwhile, Thea begins to exhibit effects from the Lazarus Pit.

And when Felicity (Emily Bett Rickards) is faced with a tough business decision she looks to one of her employees, Curtis Holt (guest star Echo Kellum), for help.

We’ve got first look images from “The Candidate” to share in our gallery below. 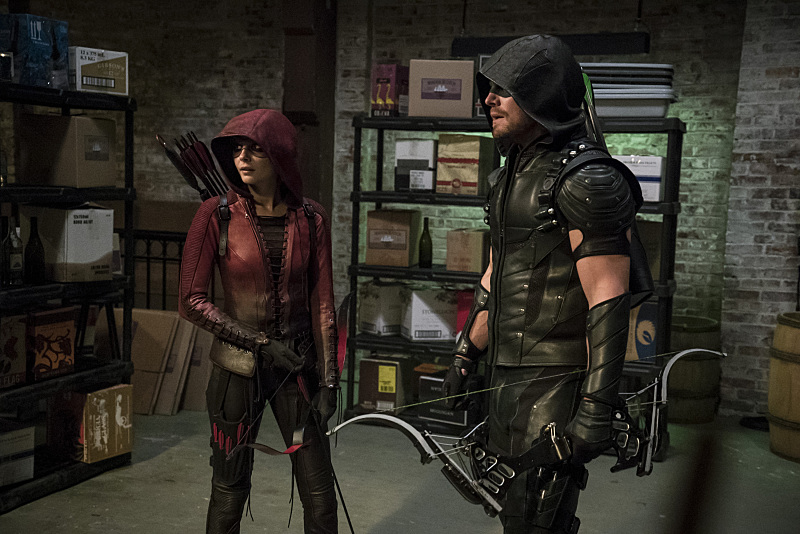