After a violent shipwreck, billionaire playboy Oliver Queen (Stephen Amell) was missing and presumed dead for five years before being discovered alive on a remote island in the North China Sea.

He returned home to Star City, bent on righting the wrongs done by his family and fighting injustice.

Oliver has finally solidified and strengthened his crime-fighting team only to have it threatened when unexpected enemies from his past return to Star City, forcing Oliver to rethink his relationship with each member of his “family”.

Arrow returns for a sixth season on Thursday, October 12, on the CW.

First look photos from the premiere episode “Fallout” follow in our gallery below. 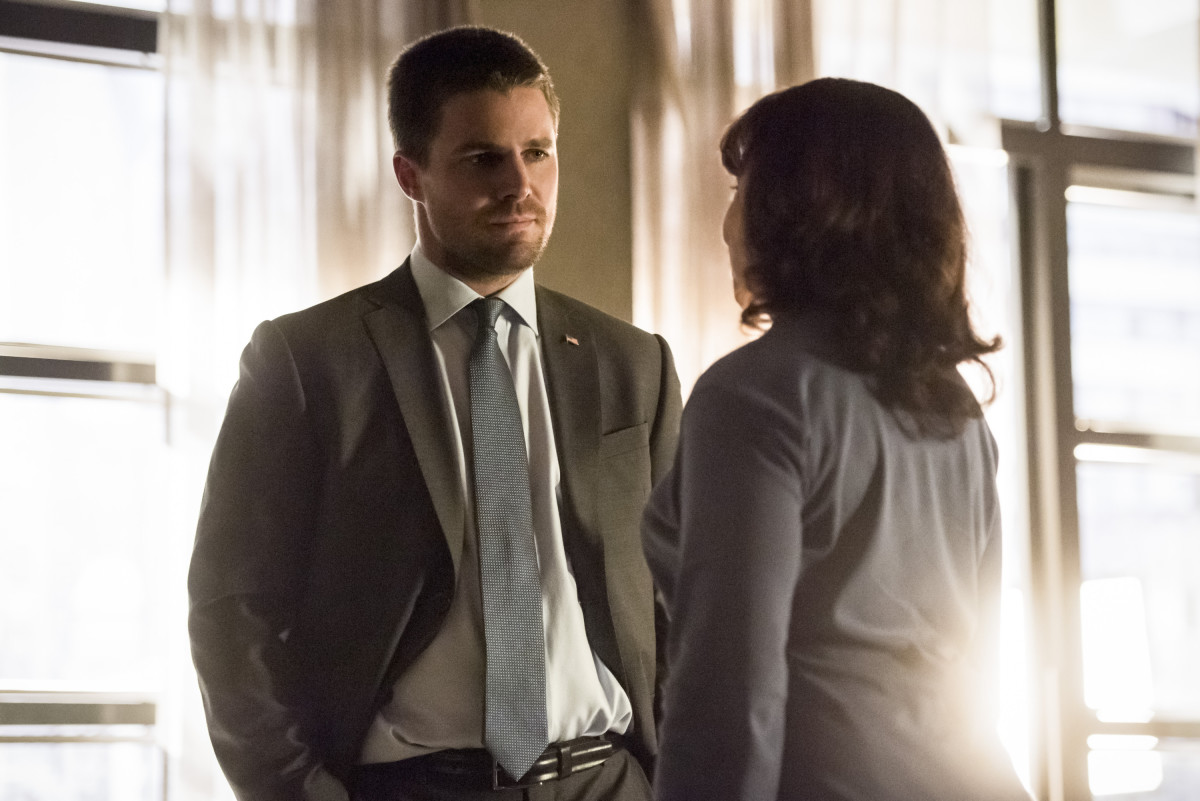 First Details: The Originals “Tangled Up in Blue”