Red (along with just about everyone who tuned into last week’s Blacklist installment) may have needed a week to compose himself after the shocking events of Mr Solomon’s concluding episode, but following April 21st’s standalone episode, “Cape May” he’s back and searching for answers in “The Artax Network” on April 28th.

NBC teases that after an unexpected loss devastates the FBI task force (we can only presume that with these log-lines making their way online in the weeks before the episode airs, this is a veiled reference to Liz’s death), they must track down their assailants; a mysterious group whose agents operate using a worldwide satellite network.

Meanwhile, Reddington (James Spader) is forced to confront a ghost from his past — one who knows many of Red’s secrets.

Newly released photos from the episode tease Liz’s funeral, with Liz’s colleagues from the task force and Tom (Ryan Eggold) and in attendance.

Catch it Thursday April 28 on NBC.

THE BLACKLIST -- "The Artax Network" 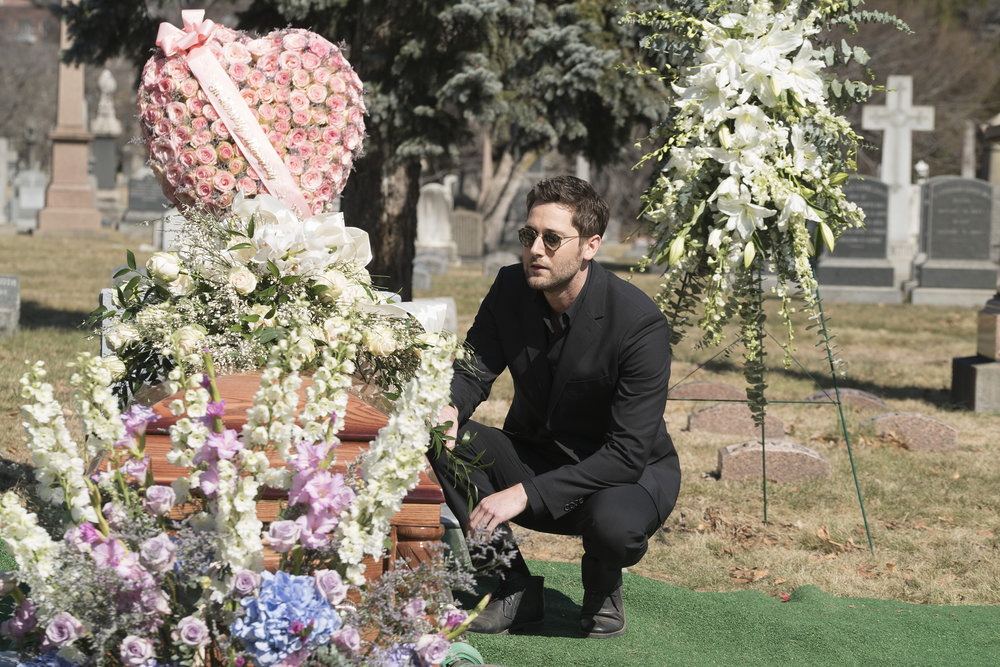