Blindspot’s March 14th episode will see a tip-off revealing the presence of a mole within the FBI’s New York Office.

As if Jane, Kurt and co. didn’t already have enough to contend with!

NBC teases that the revelation will put the team on high alert as they hunt for the operative while facing extreme scrutiny from Inspector Fischer (guest star John Hodgman).

You’ll get to meet (and hate) Fischer in the Mid-Season premiere, FYI.

With the team’s deepest secrets threatened to be exposed, everyone is a potential suspect – but some, especially Jane Doe (Jaimie Alexander) have more to hide.

Watch Fischer’s interrogation of the team in these just-released episode stills from “Erase Weary Youth” in our gallery below. 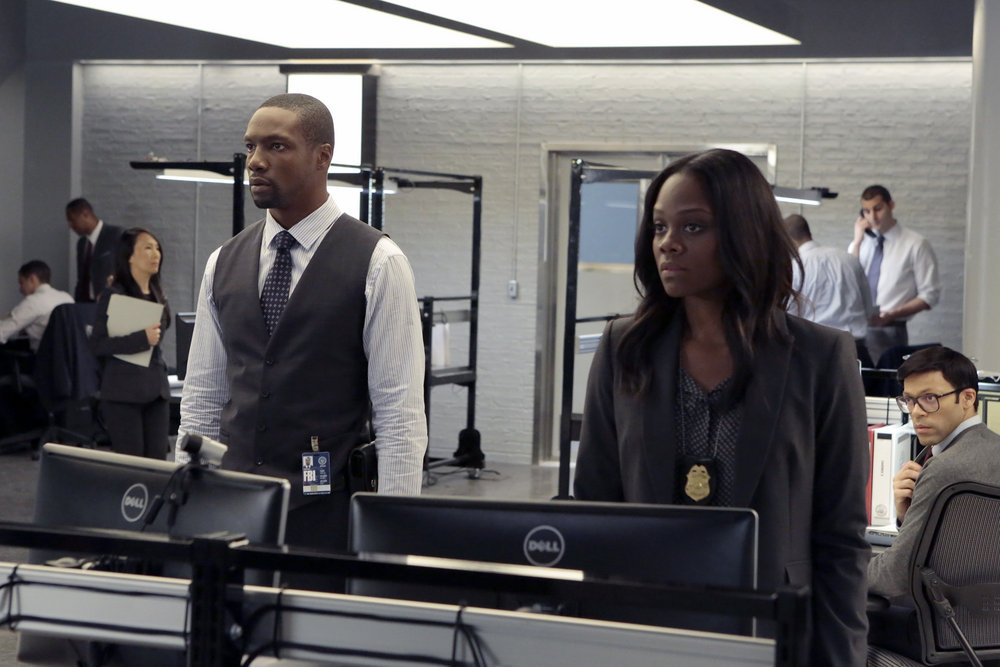