Mark your calendars, Blindspot fans. May 23 is finale day.

NBC teases that in “Why Await Life’s End” Weller (Sullivan Stapleton) searches for the truth “within a heartbreaking and confounding assertion.”

We’ve got a feeling this might have something to do with Jane’s identity, or the fact she’s been working with Oscar to bring down a faction within the FBI — or perhaps both. Either way, Kurt will not be pleased to learn Jane is not who he wants her to be.

Meanwhile, the rest of the team struggle to help a friend…

We’ve got a collection of first look photos from the finale “Why Await Life’s End” to share with you below. 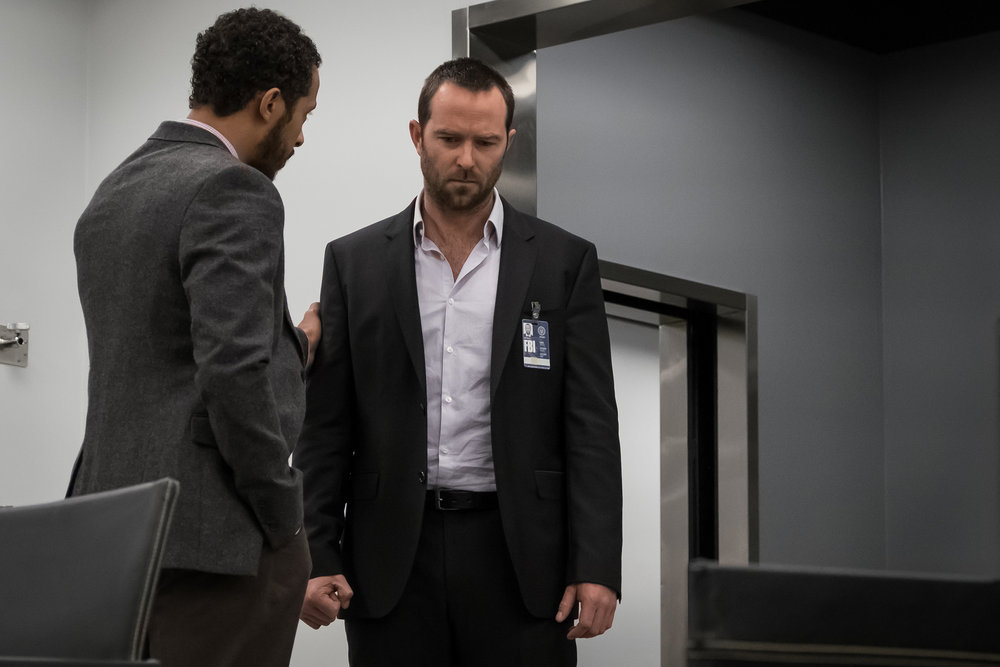