NBC has teased in a recent press release that the episode, titled “Rules in Defiance” will see an anonymous tip leading the team to investigate an urgent death row case, ultimately sending Zapata (Audrey Esparza) undercover.

However first look photos from the episode see Zapata put to the test when she is held by a violent criminal.

Meanwhile, we hear that in the aftermath of the mole hunt and her near discovery, Jane (Jaimie Alexander) will consider leaving the FBI.

Don’t do it, Jane! Consider the tattoos. And all the ‘Jeller’ fans. 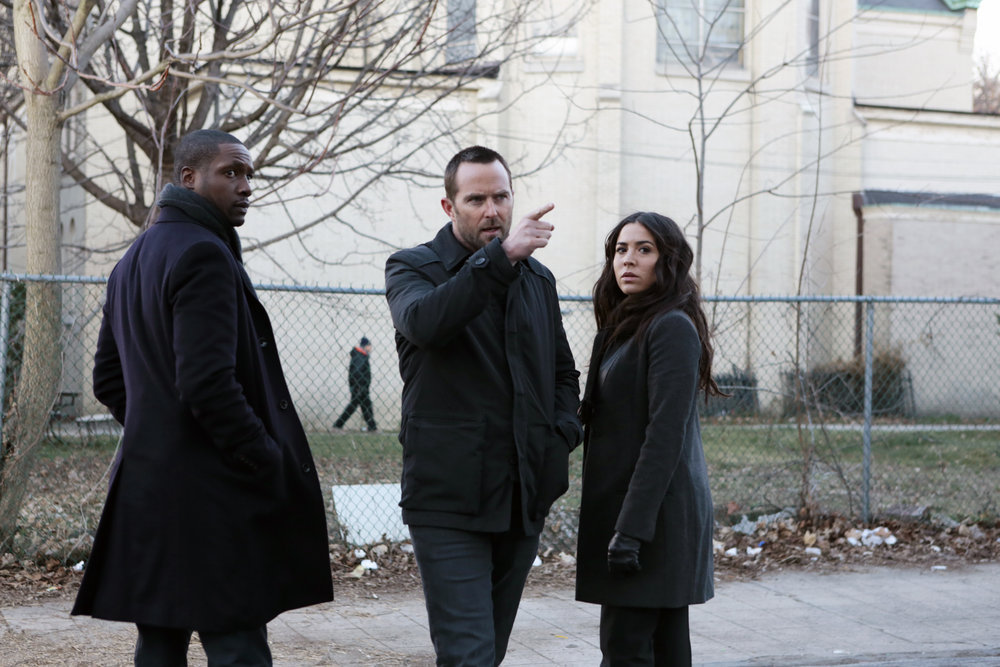 BLINDSPOT Review: Orion is Where You Died

BLINDSPOT Season 2 Episode 8 photos “Do Not Slack, The Featherweight Wins”