Home BONES 11.13 “The Monster in the Closet” Photos

April 28th’s “The Monster in the Closet” will see the Jeffersonian investigating the decomposing body of a social worker found in a park.

However, disturbing evidence suggests the killer lived with the body for months before dumping it.

Things get even more complicated when they determine another set of remains has similar details, which link the victims to a serial murderer who had sinister interactions with his victims’ bodies.

Peterson teased the episode as follows:

[Episode 11×13] is pretty much our ‘Big Bad’ for the remainder of the season. We will be seeing that person again. That was one I wrote, and it was a story-line the show lends itself really well to because of Bones dealing with skeletal remains and so forth. I’ve been re-watching a lot of Hitchcock, and Psycho in particular, and I was thinking about how people like that who live with remains and see them as being alive are actually very similar in a way to Brennan. It’s a unique perspective. We really wanted to look at the flip side of that coin — and to get a nice little bit of that creepy feel. The inspiration for this little homage was an X-Files episode called “Home” which meant a lot to me. It was a big reason why I wanted to do TV. They did a great job in that episode of juxtaposing happy music with creepiness. We do a little homage to that in there also. So yes, that’s going to be our ‘Big Bad’ for this season and maybe a little of next season, but we’re still playing around with that.

Meanwhile, Booth and Aubrey consult with behavioral analyst Karen Delfs (guest star Sara Rue) to help with clues to the killer’s identity, while Cam tries to determine what (and who) she wants in her romantic life.

BONES: "The Monster in the Closet" 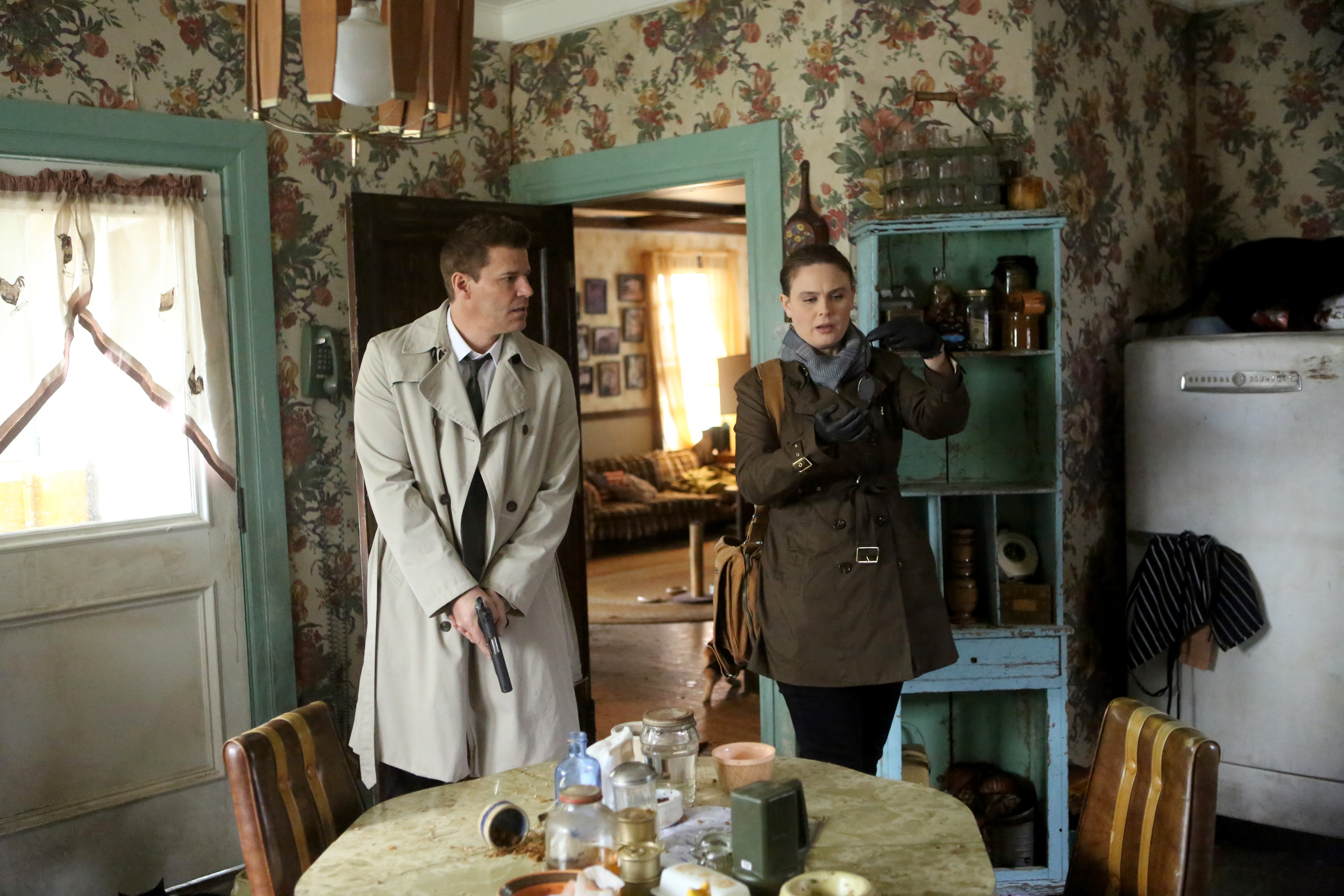