Home BONES 11.17 “The Secret in the Service” Photos

A drunk college student discovers the dead body of a Secret Service agent just before a presidential visit to the area in Bones’ upcoming May 26 installment, “The Secret in the Service.”

FOX teases that while Booth is ready to hit the ground running, turning to Secret Service agent and former colleague Brandt Walker (guest star Michael Gaston) for information, he is nevertheless surprised to learn the Secret Service has reservations about his involvement in the case.

The team uncovers some shocking evidence that heightens the seriousness of the case, causing Booth to step up for his country.

Meanwhile, Brennan is out sick with the flu and former intern Dr. Colin Fisher (guest star Joel David Moore) returns to the Jeffersonian to run lead on the case, but Brennan refuses to be kept out of the loop.

Also, Hodgins takes his life into his own hands and turns a corner after a potentially dangerous experiment.

Its all happening Thursday, May 26 (8:00-9:00 PM ET/PT) on FOX, but if you really can’t wait that long, we’ve got first look photos form the episode to share in our gallery below.

BONES: "The Secret in the Service" 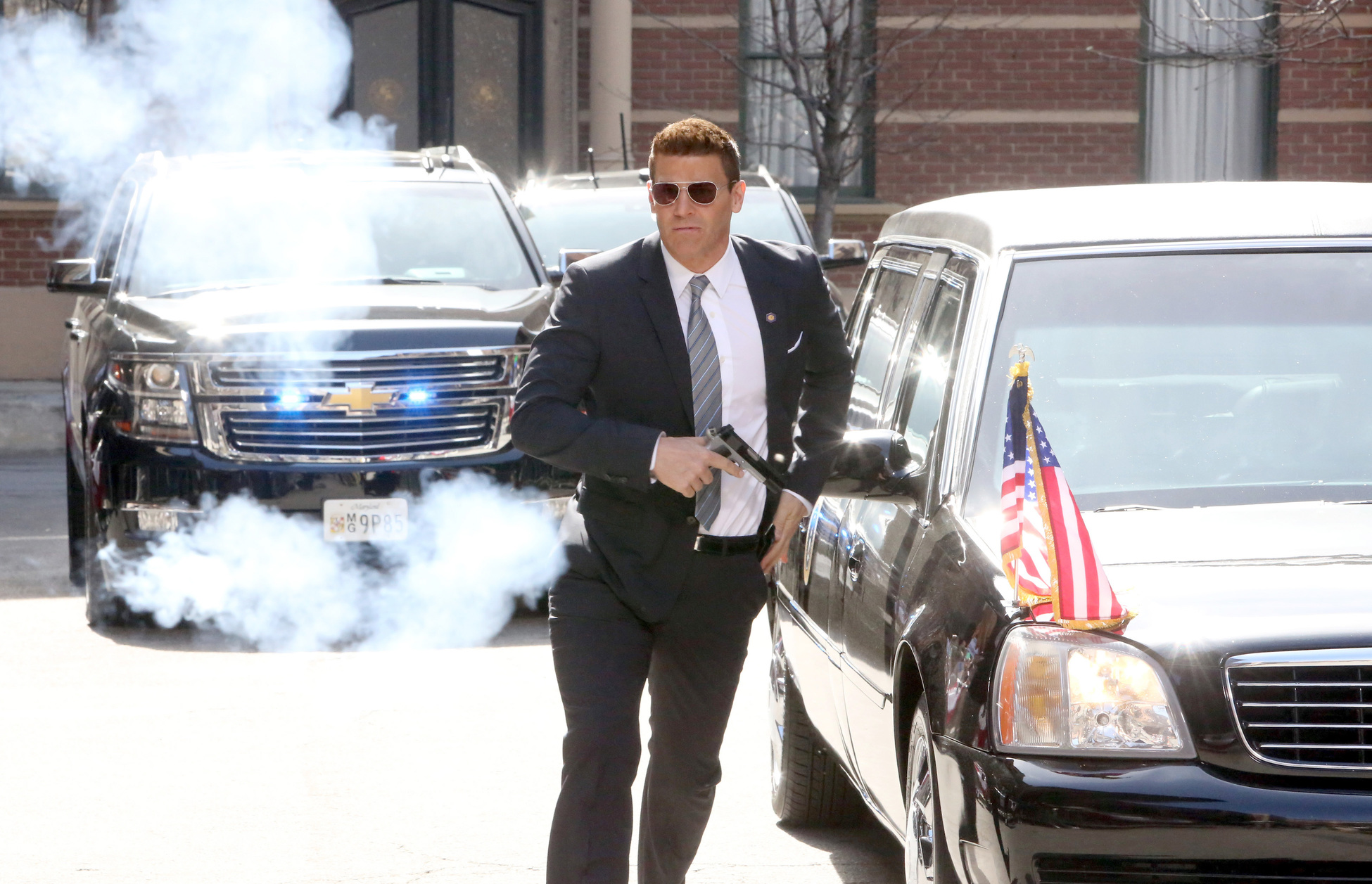 GRIMM 5.22 "The Beginning of the End" Photos (Season Finale)