Bones fans are in for a treat with a double-header mid-season finale airing on December 10.

We’ve got a gallery of just-released images from the first hour “The Cowboy in the Contest” (stay tuned, more to follow), along with an official synopsis for both it and the second hour’s “The Doom in the Boom” below.

“The Cowboy in the Contest/The Doom in the Boom” To solve a murder, Brennan and Booth go undercover at an Old West-style shooting competition, while Angela and Hodgins discuss the future of their family and Cam gets close with photographer Sebastian Kohl (guest star Gil Darnell).

Then, the team investigates the murder of a police officer that sends shockwaves through both the Jeffersonian and FBI teams.

Behavioral analyst Leslie Green (guest star Sara Rue) is assigned to work with Booth on the investigation and lends her professional assessments on who the cop killer could be, while Cam must make some decisions in her personal life and the entire team re-evaluates what is truly important to them in the all-new “The Cowboy in the Contest/The Doom in the Boom” two-hour fall finale of Bones. 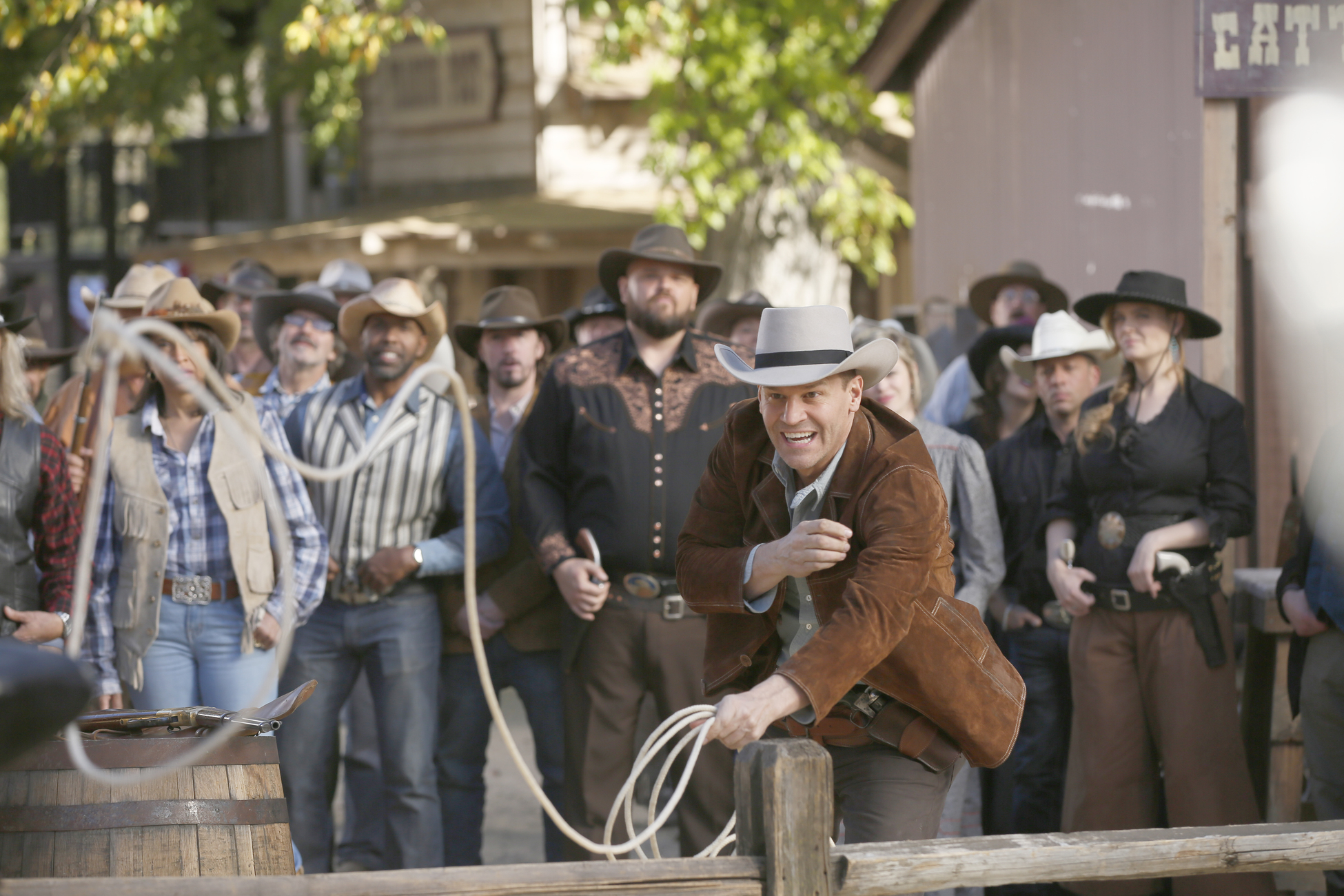 Bones “The Nail in the Coffin” First Details & Images

When is My Show Back on TV? 100 Mid-Season Premiere Dates

BONES Review: A Race Against The Clock In “The Brother in the Basement”