BONES Season 11 Episode 18 “The Movie in the Making” Photos

Bones is stepping into the world of the Mockumentary for its next instalment, as in order to produce a television segment on the Jeffersonian’s Medico-Legal lab, a TV crew for America in Profile follows Brennan, Booth and the Jeffersonian/FBI team on a “typical” case as they investigate a corpse found in a landfill that was buried there more than a decade ago.

The camera captures normally unseen footage of the team at work, while candid commentary by each of the team members provides an inside look at the investigation as Booth and Aubrey show off their unique skills in the field, and Brennan and her team prove their expertise and integral importance to solving murder cases.

We’ve got some exclusive scoop on the episode here, and some new sneak peek video clips to share too in case you missed them.

In the meantime, catch our gallery of just-released photos below.

BONES: "The Movie in the Making" 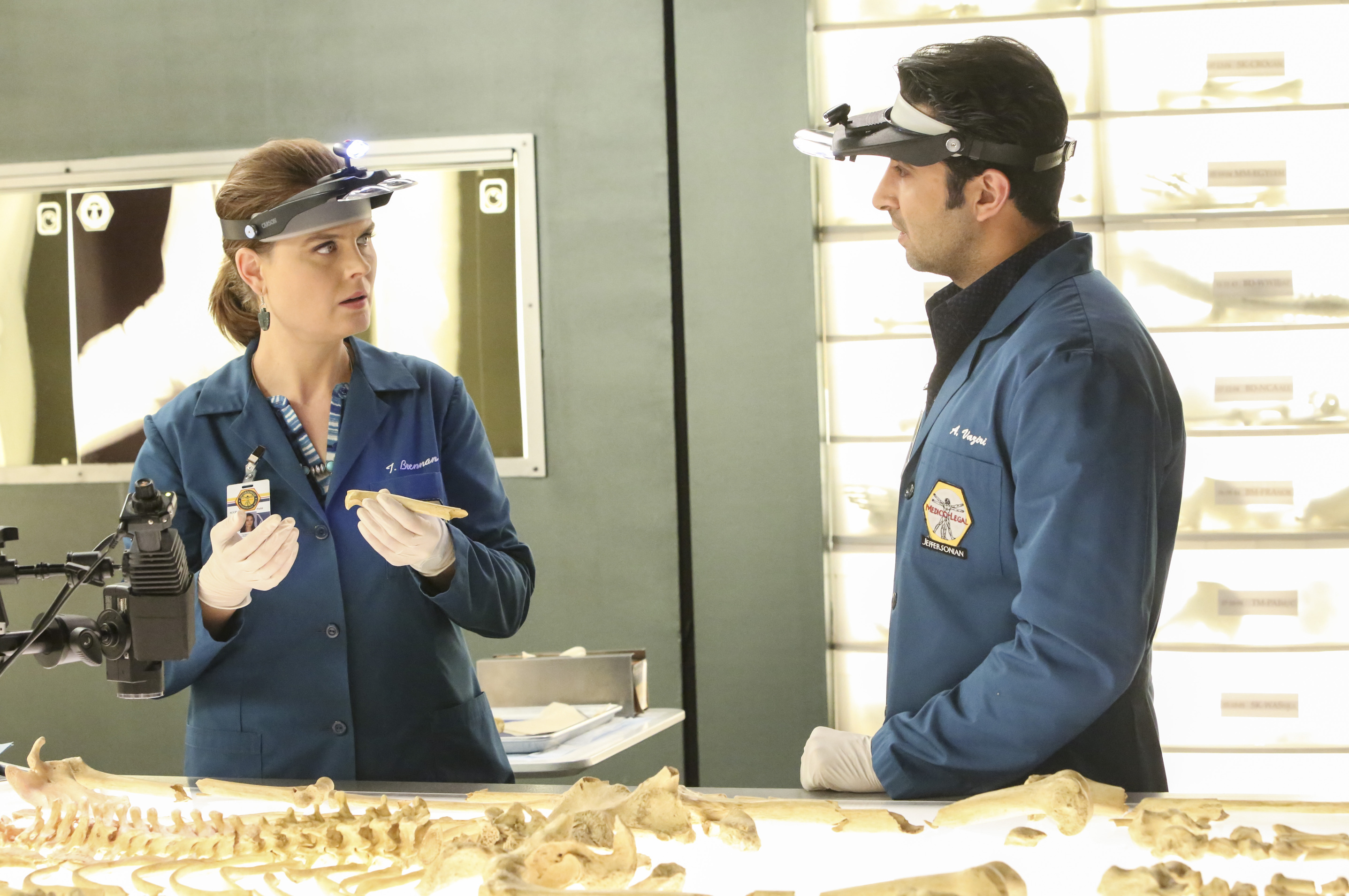 TURN Review: The Little Things Start to Add Up in "Many Mickles Make a Muckle"