by Jennifer Griffin
We have so many questions, but thankfully Bones is officially back to answer them all on January 3 (except for what do you buy that one relative who insists they don’t need anything for Christmas? Ugh!) Will Booth find Brennan on time? Is former assistant Zack really working alone? Was Tim Guinee’s Dr. Brandon Faulk... Read More

We have so many questions, but thankfully Bones is officially back to answer them all on January 3 (except for what do you buy that one relative who insists they don’t need anything for Christmas? Ugh!)

Will Booth find Brennan on time? Is former assistant Zack really working alone? Was Tim Guinee’s Dr. Brandon Faulk too memorable a character not to return in the season 12 premiere? And what’s all this about Booth’s sniper past we’ve been hearing about?

We’ve had a long time to ponder those thoughts, but we were heartened to hear the series will jump straight back into the action this season, with the premiere picking up on last season’s cliffhanger that saw Brennan kidnapped by Zack Addy, while Booth and the rest of the lab desperately searched for her.

FOX teases that the effort to rescue Brennan is, however, just the beginning of their problems. In upcoming episodes Booth’s past as a sniper will come back to haunt him, resulting in the deaths of two people he holds dear.

We’ve got a whole lot more Bones scoop coming at you over the next few weeks, but first, these new photos from the premiere.

BONES: "The Hope in the Horror" 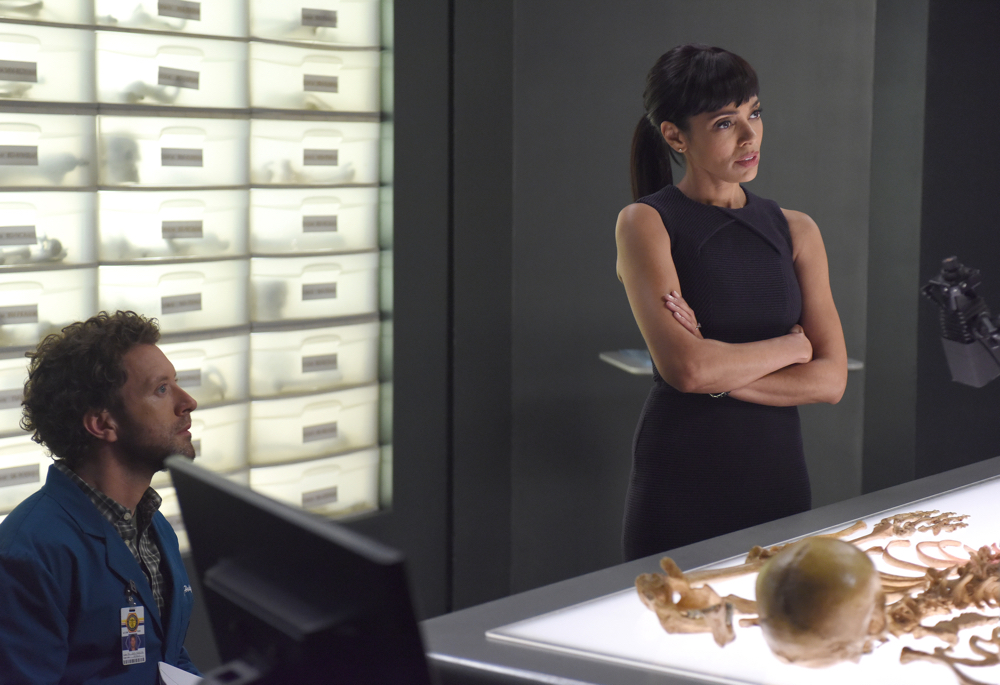