BONES: L-R: David Boreanaz and Emily Deschanel in the Spring premiere "The Death In The Defense." Co. Cr: Patrick McElhenney/FOX

Booth and Brennan’s first case this Spring involves the mysterious death of a public defender who may or may not have been killed by anyone in a long list of previous defendants.

Meanwhile, eight weeks on from a near fatal explosion Hodgins has finally been released from hospital, but is he really as ready to resume work as he insists he is?

While Angela fears for his rehabilitation, the team wonders if Hodgins is truly prepared for duties in the lab — and the field.

BONES: "The Death in the Defense" 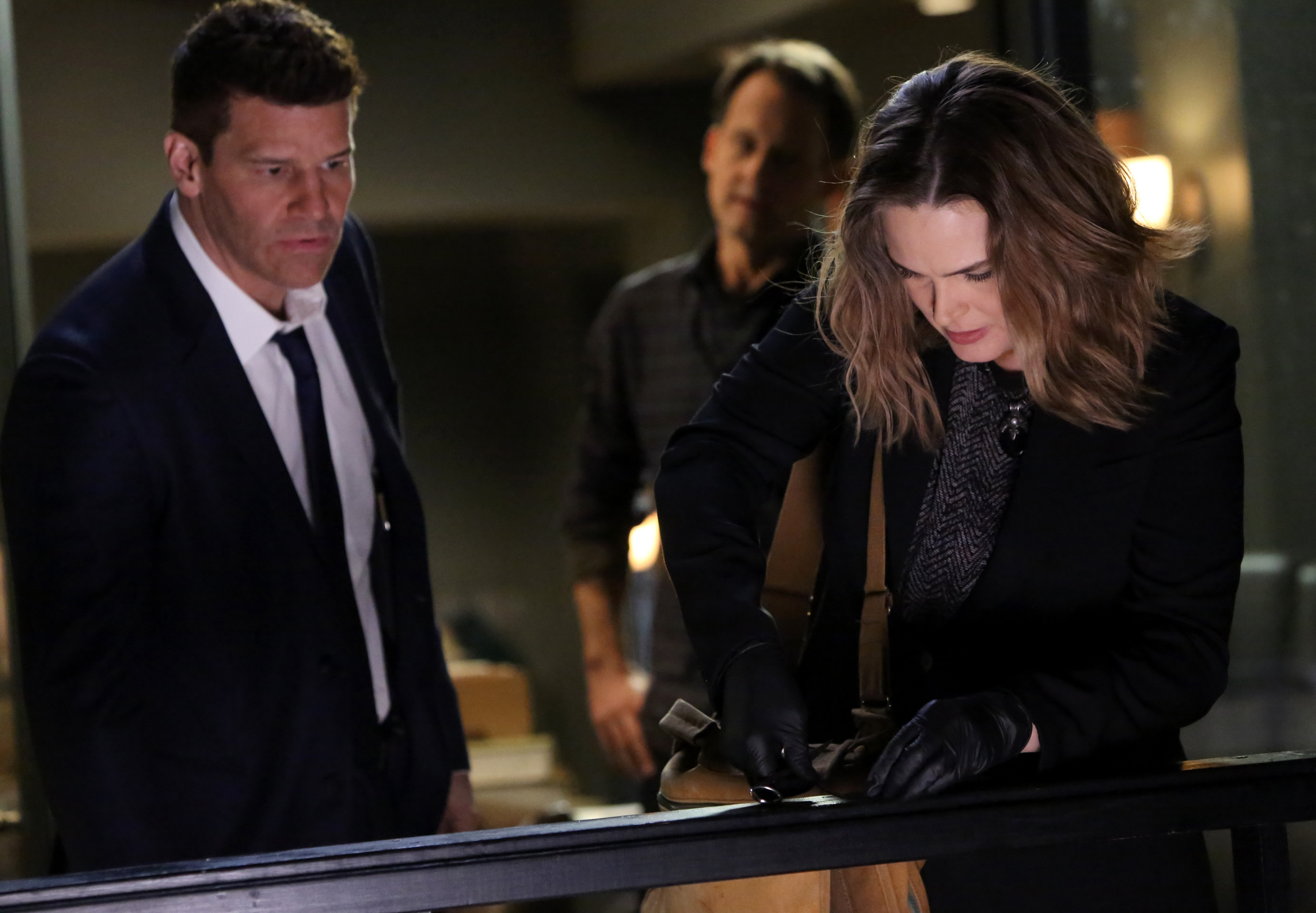 BONES Sneak Peeks: It’s First Day Back at Work in “The Donor in the Drink”

Bones “The Pathos in the Pathogens” Images