Home BONES 11.12 “The Murder of the Meninist” Photos

BONES 11.12 “The Murder of the Meninist” Photos

Brennan is about to lose her cool big time in Bones’ April 21 installment.

The latest on “The Murder of the Meninist” (That’s a warped idea of male feminism, apparently) teases that the team will find themselves investigating a body found in a car crash, the remains of which belong to a founder of a men’s rights organization who may have been the victim of domestic abuse.

However as Brennan learns more about the tenets of the victim’s organization, which claims middle-aged white men are oppressed and feminists are man-haters, she uncharacteristically loses her cool during an interrogation and assaults the organization’s co-founder!

Meanwhile, Angela and the team struggle to deal with Hodgins post-wheelchair bitterness and Booth is convinced Brennan is a jinx for the Philadelphia Flyers.

It’s all happening Thursday April 21 (8:00-9:00 PM ET/PT) on FOX but if you can’t wait that long, we’ve got a just-released gallery of photos from the episode to share below.

BONES: "The Murder of the Meninist" 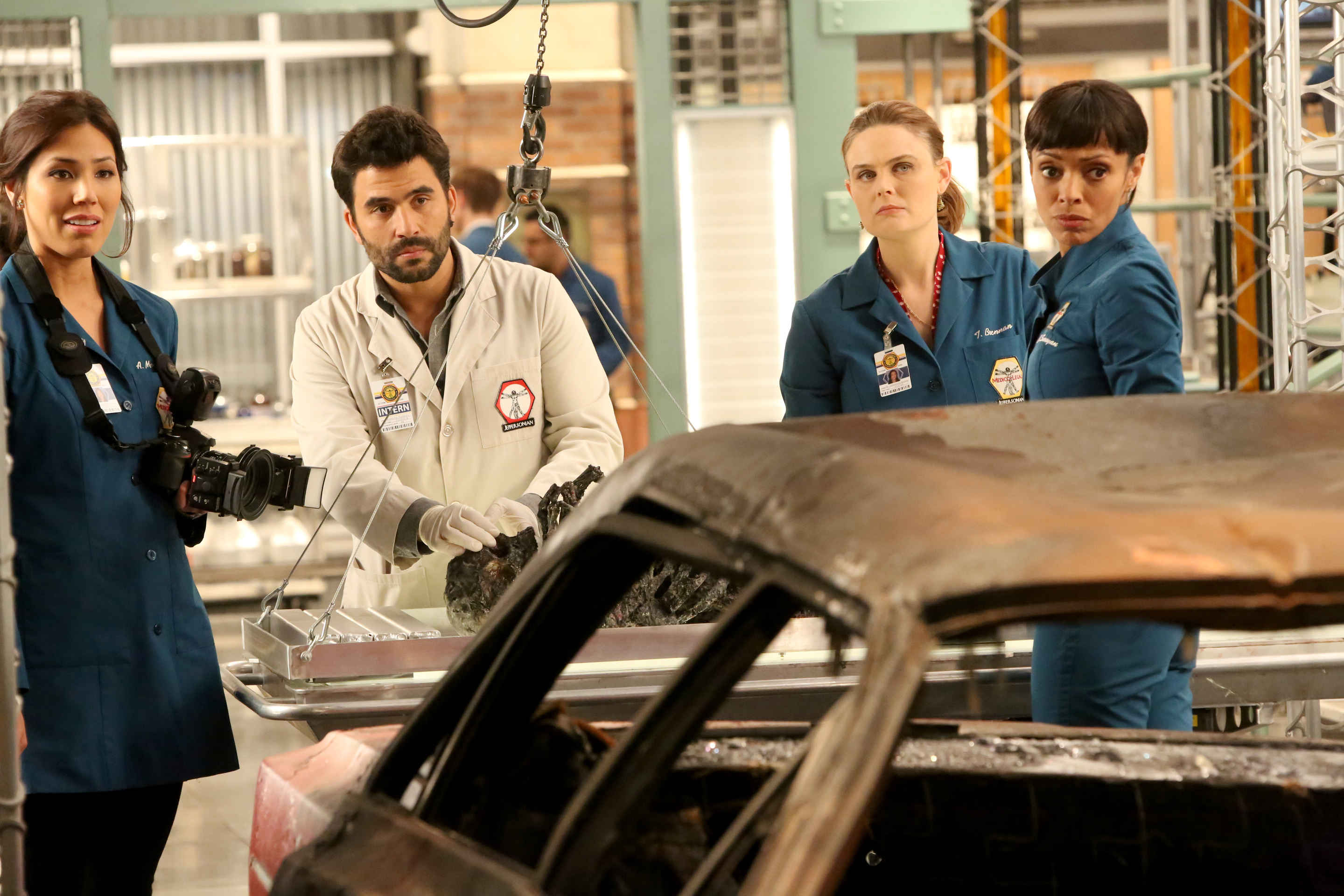