by Jennifer Griffin
Is ABC’s Castle about to off a character in the season 8 finale? That’s the question long-term fans of the show have been asking ever since news broke that neither Stana Katic or Tamala Jones will be returning to their roles should the series be renewed for a ninth season. If May 16th’s “Crossfire” is... Read More

Is ABC’s Castle about to off a character in the season 8 finale?

That’s the question long-term fans of the show have been asking ever since news broke that neither Stana Katic or Tamala Jones will be returning to their roles should the series be renewed for a ninth season.

If May 16th’s “Crossfire” is indeed both Katic and Jones’ final episode, how do the writers intend to address their respective story lines?

While the idea of an unhappy ending for ‘Caskett’ is too much to contemplate for some fans of the show —  including series creator Andrew Marlowe — the question of Beckett’s ultimate fate in particular still looms large in the collective imagination.

These first look photos from the finale do little to ease fears. The collection shows Beckett and Castle pinned down and under fire from unknown assailants while involved in a surveillance operation.

In typically terse log-lines for the installment, ABC teases that in “Crossfire” With their best lead in hand, Castle and Beckett are ready to take on LokSat. But an unforeseen twist puts their case – and their lives – in jeopardy.

The episode airs Monday May 16 (10:00-11:00 p.m. EDT) on ABC and sees the return of both Sunkrish Bala as Vikram Singh and Kristoffer Polaha as Caleb Brown in a LokStat-themed finale.

What do you think, Castle fans? 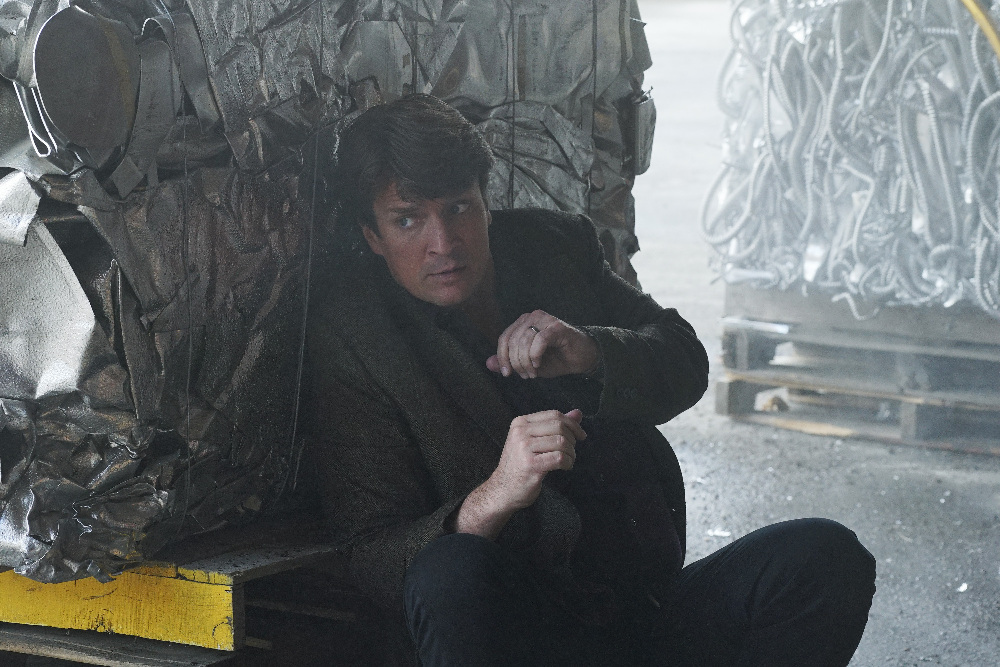 ONCE UPON A TIME 5.21 “Last Rites” Photos
Previous Post
BLINDSPOT: The Team Come to the Rescue of a Young Autistic Girl in “Swift Hardhearted Stone”