Chicago Fire rolls out a 2 hour finale on May 10th, bringing to a close a tumultuous 23 episode sixth season.

On the slate for finale night are “One For the Ages,” at 9 pm, followed by “The Grand Gesture” at 10.

We’ve got a collection of official photographs from the event, along with synopses for both episodes below.

Episode 6×23 “The Grand Gesture” — Boden’s chances for a promotion are met with potential complications, leading him to take matters into his own hands.

Dawson and Casey don’t see eye to eye on an important decision, while Kidd finds herself struggling to find time with Severide.

Brett and Dawson respond to a tough call that quickly turns dangerous.

Episode 6×22 “One For the Ages” — Boden takes a big step in the pursuit of a major career decision. Kidd becomes increasingly distrustful of Renee’s (guest star Sarah Shahi) motives with Severide.

Herrmann has trouble bouncing back after a tragedy. 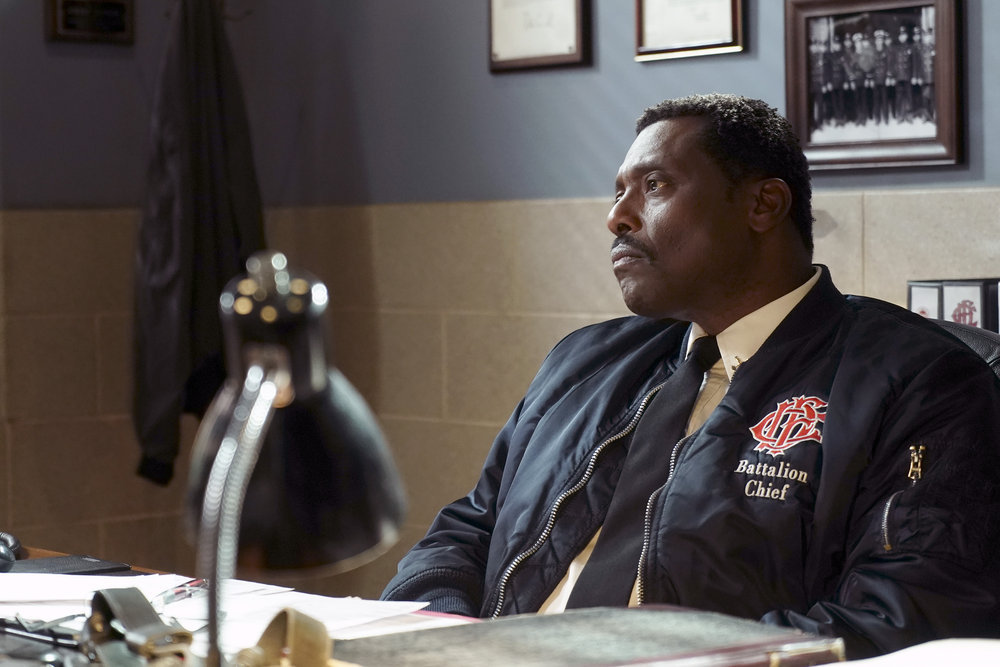