DR. CHARLES’ DAUGHTER ROBYN BECOMES THE NEWEST MEMBER OF THE HOSPITAL’S EPIDEMIOLOGY DEPARTMENT AND IS IMMEDIATELY CHALLENGED BY CASES OF A RARE INFECTION

Several patients are discovered to have the same rare infection, prompting Dr. Charles’ (Oliver Platt) daughter Robyn (guest star Mekia Cox), an epidemiologist, to be brought in to find the common link.

Dr. Choi (Brian Tee) and Dr. Rhodes (Colin Donnell) work on an elderly man who is discovered to be very ill, but a conflict in how to best treat him develops between his son and his young girlfriend.

Meanwhile, Dr. Reese (Rachel DiPillo) tries to help a young drug addict and Maggie (Marlyne Barrett) tends to a patient who is dear to her heart. 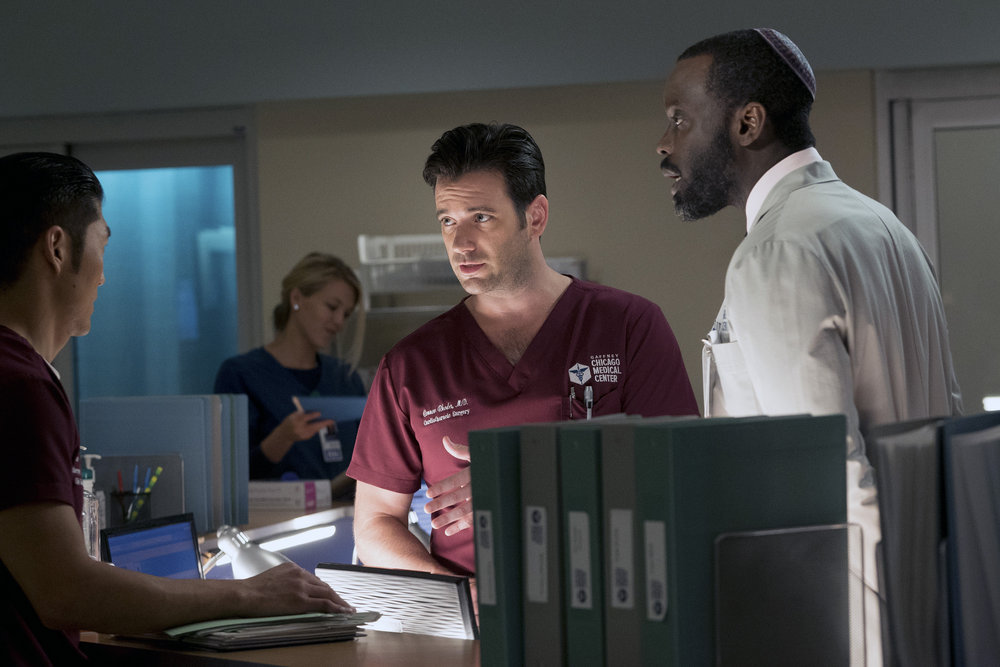 GOTHAM Sneak Peeks: Gotham Gets Even Stranger in "Mad City: Look Into My Eyes"