While Thursday’s “Geronimo” episode of Colony is shaping up to be a pivotal one (Geronimo’s identity is revealed and the ensuing fallout brings Will to question his wife’s loyalties), first look photos from the following week’s “YOKNAPATAWPHA” have already been released to media.

The February 18th installment (that handful of letters is the full name name of Katie’s bar in case you need a memory jog) will see things really hitting the fan when a Resistance operation traps Will, Katie, and Proxy Snyder in the Yonk and tests their allegiances. And by test their allegiances we mean shoot the place up.

The alien invasion drama follows the Bowman family, who, following a successful invasion of Earth by mysterious unseen aliens, find their loyalties split when Will (Josh Holloway) is coerced into working for the “Red Hat” occupiers while his wife Katie (Sarah Wayne Callies) is lured into providing intel for the Resistance.

While Will and Katie tiptoe around their new, secret and often deadly second lives, they each privately hope their questionable actions will serve to keep their family safe and reunite them with their lost son.

Catch the shoot-out action in our gallery below. 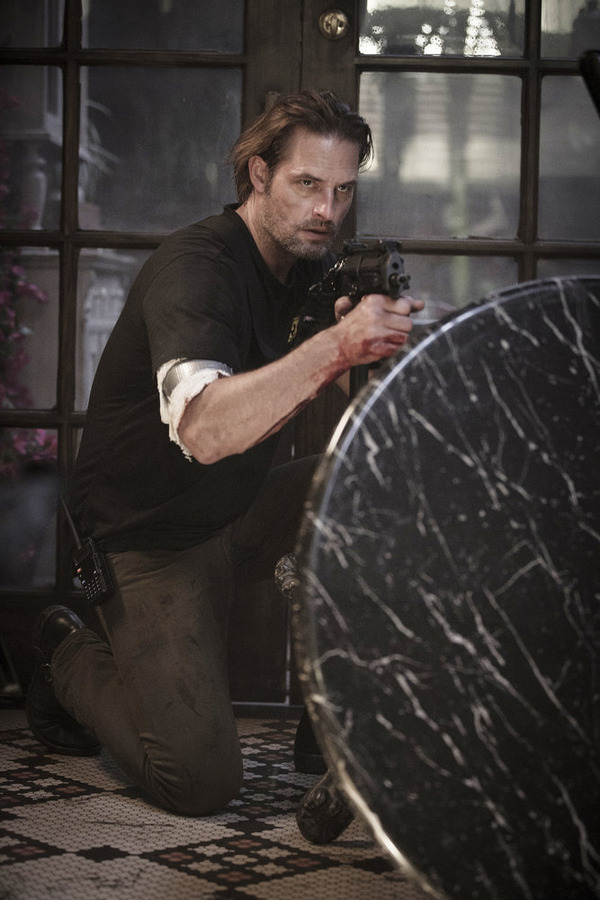 THE FLASH Review: "Welcome to Earth-2" Goes That Extra Mile