by Jennifer Griffin
Buckle up Dark Matter fans, because the final two hours of the season are a rollercoaster ride of revelations, betrayals and deep paranoia as the crew of the Raza turns on each other in a desperate search for answers. The first season of Syfy’s newest space drama (no word on that renewal yet) comes to... Read More

Buckle up Dark Matter fans, because the final two hours of the season are a rollercoaster ride of revelations, betrayals and deep paranoia as the crew of the Raza turns on each other in a desperate search for answers.

In the first hour, following an offer they can’t refuse, the crew attempt a simple extraction of a key scientist, under lock and key in a secure facility on a deserted planet. However, when the attempted rescue goes sideways, Two (Melissa O’Neill) finds herself on a deeply unsettling trip down memory lane.

Meanwhile, Five (Jodelle Ferland) discovers something game changing about one of the crewmates that shatters her sense of belonging.

In the second hour, the crew returns to the Raza to find that someone is putting a plan into action that will lead to their collective demise. Is there a stowaway on board, or has the person who wiped their memories finally decided to move ahead with the next stage of his/her plan?

As the crew is picked off one by one, tensions and deep seated paranoia threaten to tear the ship apart.

We’ve got a collection of images to share in our gallery below from both episodes.

Seriously, any word on that renewal yet? 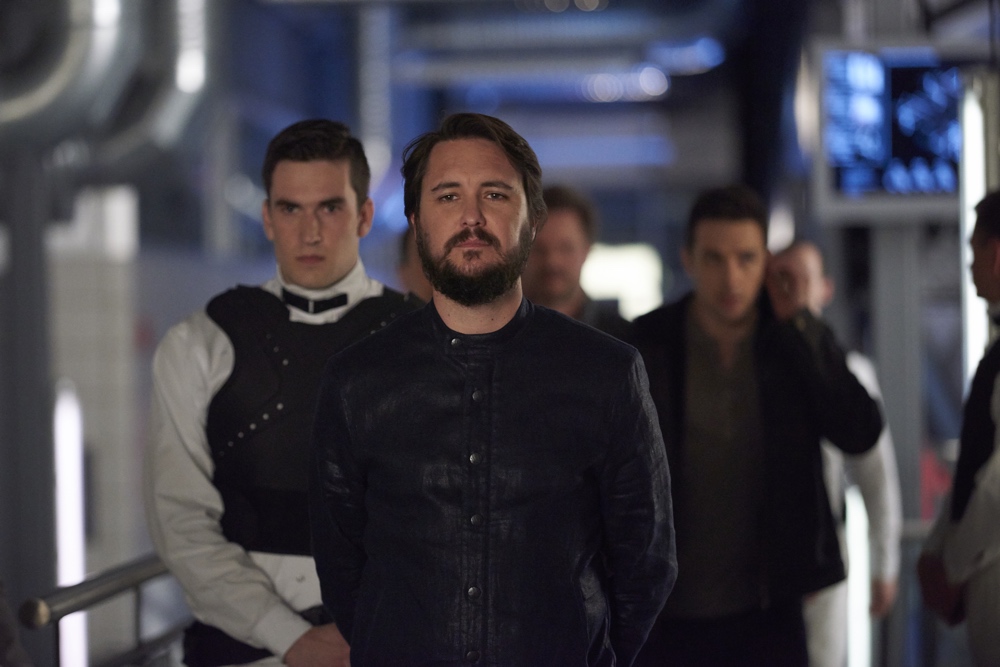 Jennifer Griffin
Jennifer Griffin, cat person, dog person and person person, is the founder of ScreenSpy magazine. When she's not writing articles for the site she can be found contemplating life's biggest mysteries, like why people are always mean in the comments section but nice in real life and is cereal actually soup and why bios are always written in the third person.
View All Posts by Author
Visit Author Website
Drew Barrymore Unveils FLOWER Cosmetics Line
Previous Post
Fear the Walking Dead Premiere Review

Wait! What? KILLJOYS Gets a 2 Season Renewal Order, While DARK MATTER is Cancelled

DARK MATTER “My Final Gift to You” Review