Defiance Gallery: Season 3 Episode 13 “Upon the March We Fittest Die”

Defiance is gearing up for its third season finale this Friday, and it looks like there may be another game changing episode on the cards.

When we last checked in on the Tarrs, Stahma, Alak and baby Luke were all in imminent danger from Kindzi.

Can Datak reach them before it’s too late, and what manner of harm can he hope to inflict upon the now near invincible Omec anyway?

Meanwhile, free from her Indogene control stem, Doc Yewll is out to even the playing field, even going so far as to undertake a potential suicide mission to end the Omec threat once and for all. (Maybe she can learn a thing or two from Datak, the master of suicide runs.)

First look photos from the finale follow below in our last Defiance gallery of the season.

No word on a renewal just yet. 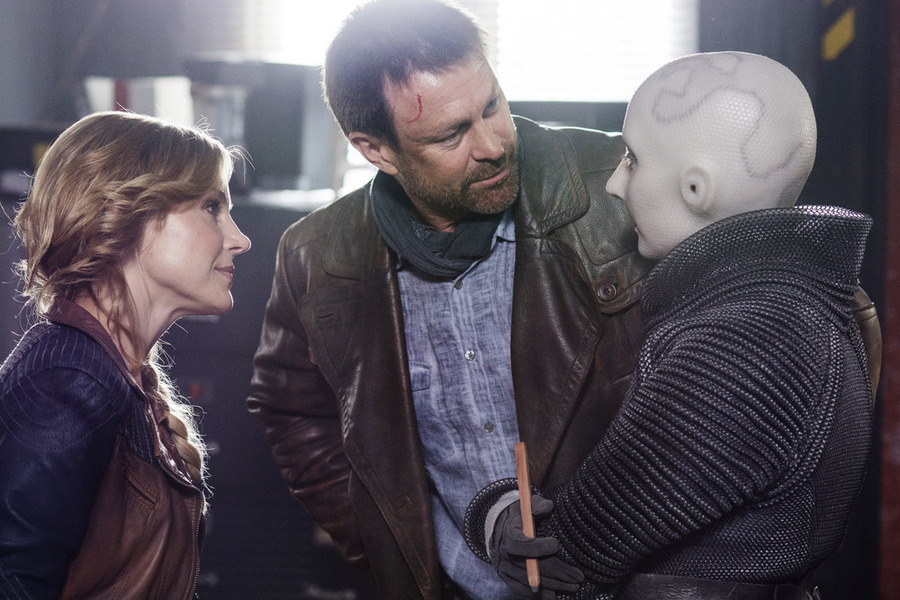