The hungry Omec are on the way to Defiance and the townsfolk are caged like so many battery chickens.

We hear that August 21st’s “The Awakening” will continue the tension with Nolan, Amanda and Irisa desperately searching for a way to stop the now seemingly invincible Kindzi from waking and transporting more of her ravenous Omec to Earth for the Dread Harvest.

Meanwhile, with time running out, Datak looks for a way to escape from the deadly compound in which Doc Yewll has imprisoned him.

And Stahma implores Alak for forgiveness before it’s too late.

With just one episode remaining before the finale “Upon the March We Fittest die” on August 28, and with rumors of a suicide run in the air (they’re not just rumors), there’s all to play for this Friday.

We’ve got some first look images from “Awakening” to share in our gallery below. 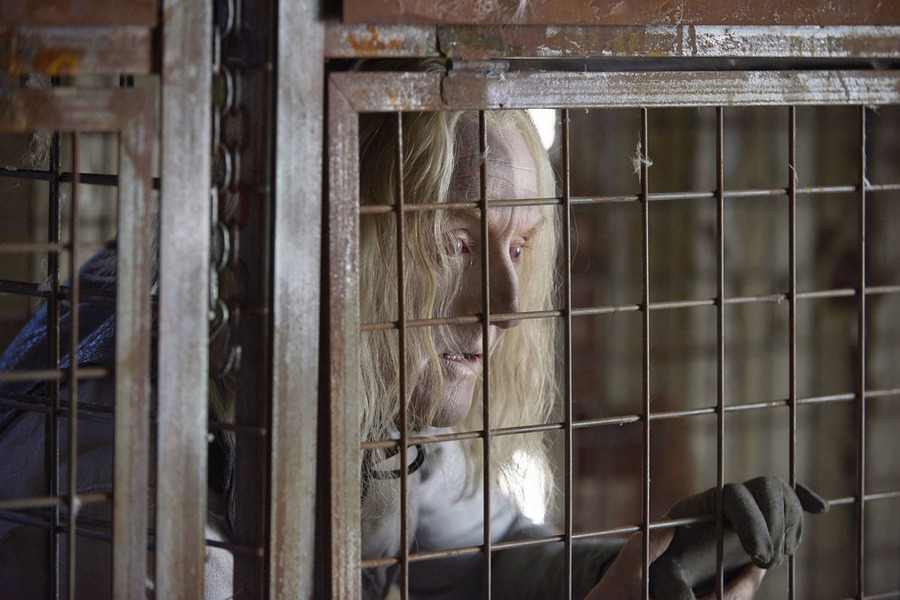