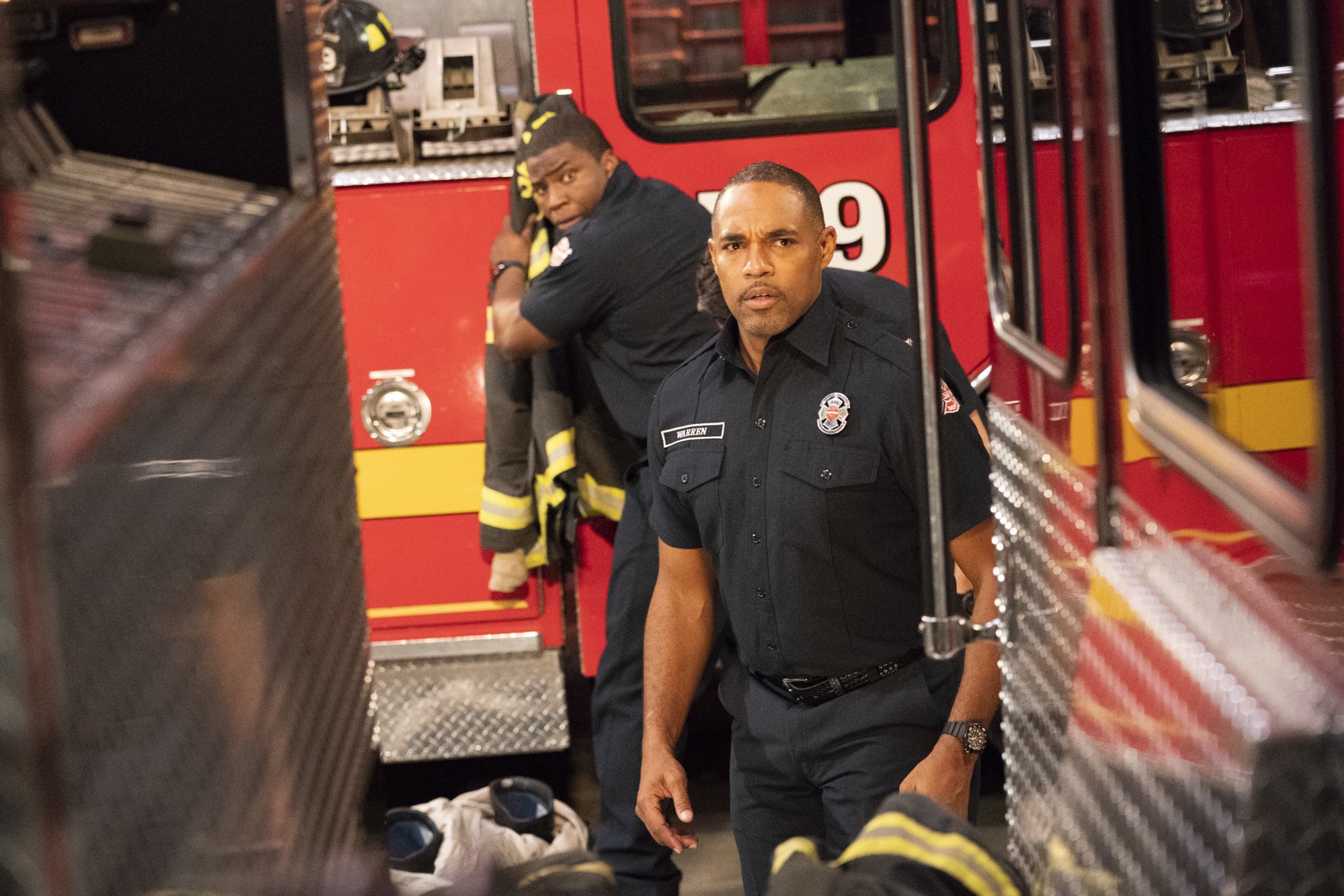 STATION 19 - "Crash and Burn" - In the aftermath of the windstorm, Andy and Sullivan's fates remain unknown while trapped in the overturned aid car. Meanwhile, back at the station, the team confronts Jack about his well-being; and when it's safe enough to venture out, they search for their fellow firefighters in a race against time on ABC's "Station 19," THURSDAY, MARCH 7 (9:01-10:00 p.m. EST), on The ABC Television Network. (ABC/Mitch Haaseth)OKIERIETE ONAODOWAN, JASON GEORGE