Home THE FLASH 2.18 PHOTOS “Versus Zoom”

Following a welcome but distracting hop to Supergirl’s universe, and an emotional trip to his own past, Barry Allen is firmly back on Earth One, and finally ready to confront Zoom in The Flash’s April 19 installment “Versus Zoom.”

While we’re still waiting on some official log-lines from the episode, these just-released photos and last night’s revealing promo trailer clearly show Hunter Zolomon (Teddy Sears) owning up to his evil ways, when confronted for his misdeeds by Barry.

While it looks like our earlier double set of twins theory was correct, and that Jay Garrick was never the real Zoom, we’re nonetheless reserving further judgement until we see how events of this particular episode unfold.

Either way it plays out, we’re happy to see Barry finally getting some answers (even frustrating ones) and to see Sears back on the screen again.

The “Versus Zoom” episode of The Flash airs Tuesday April 19 on the CW Network.

Edit: Full loglines for the episode have been released to press. See below:

BARRY IS READY TO FACE ZOOM; HUNTER ZOLOMAN’S STORY IS REVEALED – Equipped with the tachyon device, Barry (Grant Gustin) believes he is fast enough to stop Zoom (guest star Teddy Sears) and wants to open the breaches to catch him.

Harry (Tom Cavanagh) strongly advises against that plan but after Barry convinces him, Harry reveals that Cisco (Carlos Valdes) has the power to re-open the breach.

THE FLASH: "Versus Zoom" 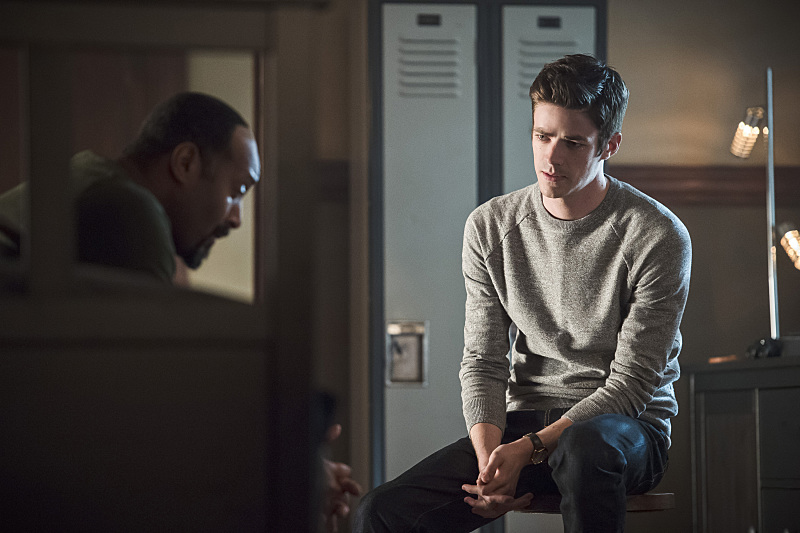