One of the highlights of our Day One coverage of San Diego Comic Con was the Shadowhunters panel and press room.

Katherine discussed how there wasn’t going to be a whole lot of happy during the rest of the season, but the whole cast agreed that their respective characters were growing. Simon was working hard to find himself again, and return to his old self. Izzy was becoming a mentor to Max, and Jace and Clary were growing closer, even if them getting together wouldn’t be any time soon. Todd teased that the finale was going to blow everyone away, but that disclosure was quickly forgotten as it was announced that Sarah Hyland would be playing the Seelie Queen. Finally, the arrival of three more characters was teased, including Lilith, Jordan, and a third character, that, if you’ve read City of Fallen Angels, you’ll have a good idea of who it is.

In the press room, Todd, Darren, and Matt continued to tease the City of Fallen Angels character, plus the arrival of Sarah Hyland. They also talked extensively about Alisha Wainwright’s promotion to series regular, and how important she has become to the show.

Harry, Matt, and Isaiah discussed the popularity of Malec, and how they want to ensure they portray the relationship the right way. While they definitely listen to what’s being said on social media about them, they continually strive to do what’s right for the most people. They know they can only do so much, but they want to show an option of what a relationship can be. All three of them relish the opportunity to work together more often, and all agreed that episode 20 is the one that fans need to be on the lookout for. Dominic and Katherine were the final interview of the day, and discussed Jace and Clary, and how the two needed each other to overcome the obstacles that would soon be thrown in their way. They too are looking forward to episode 20, and discussed how it contained a really great scene, that seemed almost magical when they were filming it. Everything came together for them, and the result was amazing. 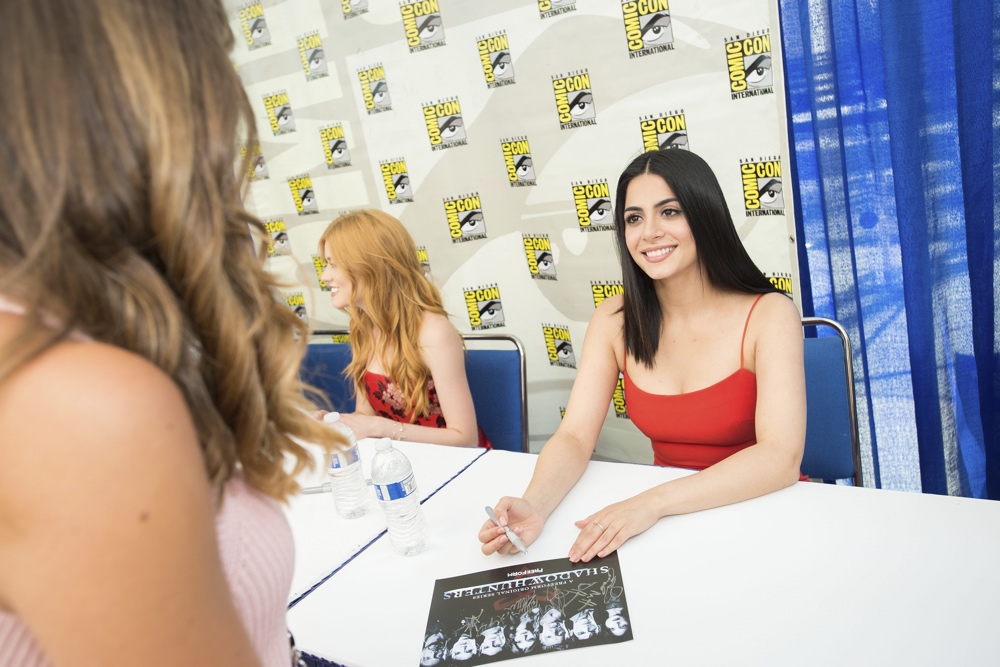