However, following the discovery of Ramsay’s sadistic mistress Myranda (Charlotte hope), hope of freedom narrows as Ramsay Bolton (Iwan Rheon) and his dogs give chase.

Meanwhile, Cersei (Lena Headey) and Jamie (Nikolaj Coster-Waldau) take stock — and plot revenge — following the death of their daughter, and Cersei’s release from prison at the hands of the High Sparrow (Jonathan Pryce).

And in Essos, finding herself alone and without the protection of her soldiers, advisors and dragons, Daenerys Targaryen (Emilia Clarke) must reacquaint herself with the Dothraki, including Khal Moro (Joe Naufahu) the leader of a powerful khalasar.

And as for Jon Snow? Our loglines from HBO simply state “Jon Snow is dead.” However the larger question remains. Will he stay that way?

The series returns this Sunday, April 24 at 9 pm ET/PT on HBO.

First look photos from the season premiere follow below.

GAME OF THRONES: "The Red Woman" 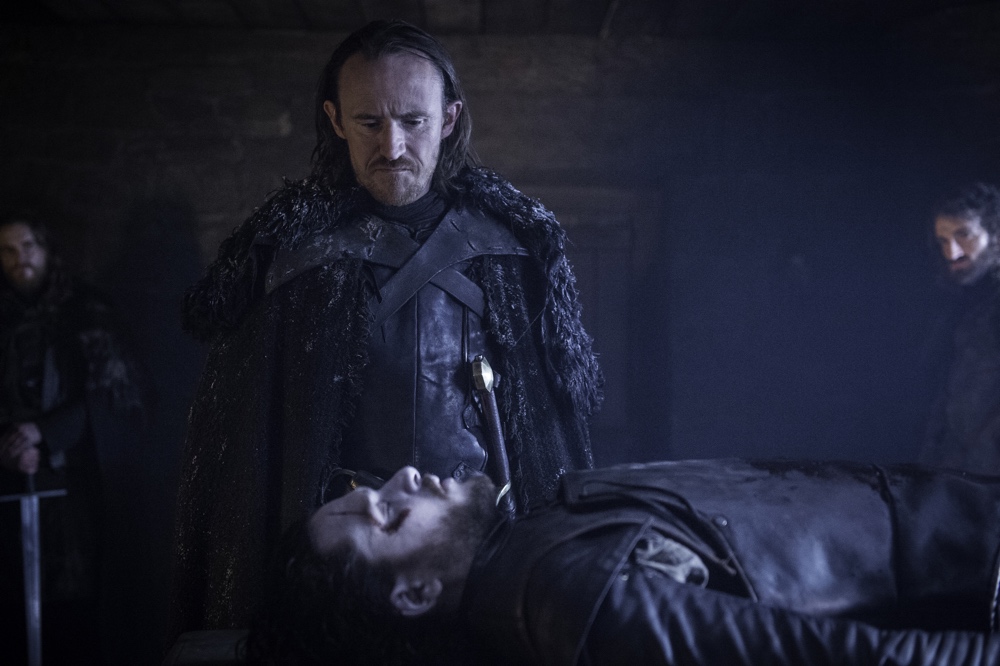 ONCE UPON A TIME Sneak Peek: Hades Makes a Devilish Proposal