Editor’s Note: HBO has provided us with 6 additional new photos from the US airing of “Home” which you can find in our gallery below. Please note that some are incredibly spoilery in nature, and reveal the fates of two well known characters.

Game of Thrones continues its sixth season this Sunday with “Home,” an episode that will continue Jon Snow’s story as the Night’s Watch stands firmly behind Thorne (Owen Teale) at Castle Black, forcing those protecting Jon’s body into a corner.

Might this be the episode in which Mellisandre sweeps in and de-corpsifies the former Lord Commander? After all, if Jon Snow’s death is not reversible, why continue a storyline featuring the fierce protection of his remains? Why, Game of Thrones, why?

And in Meereen, a desperate Tyrion (Peter Dinklage) demands good news about the whereabouts of Daenerys, but ultimately finds himself forced to make his own.

All this and the return of the Greyjoys too!

HBO tells us that new Thrones episodes will also be available to stream via HBO NOW and HBO GO and you can still catch up on previous seasons of Game of Thrones via both platforms.

“Home” was written by Dave Hill and directed by Jeremy Podeswa. 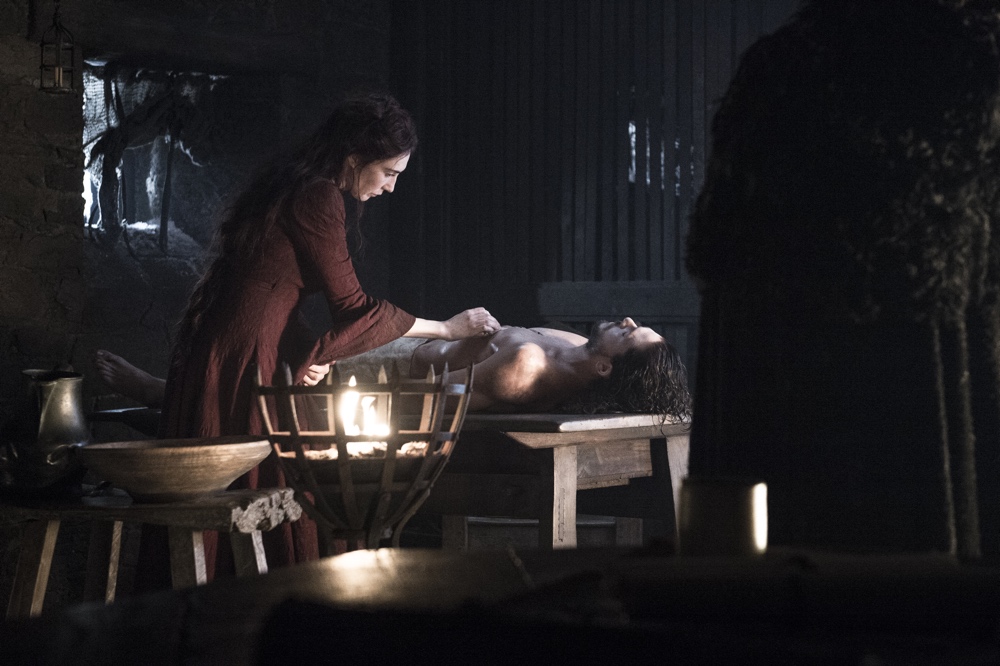