Thrones fans, it looks like Mellisandre will have company in next Sunday’s episode with the introduction of Kinvara, a second Red Priestess and high ranking leader in the religion of R’hllor, the Lord of Light.

Kinvara is played by Ania Bukstein, and you can catch a first glimpse of her in our gallery below. (Note the necklace, similar to Mellisandre’s, which immediately makes us wonder how old Kinvara might actually be.)

HBO teases that in “The Door” Tyrion will seek a strange ally. Don’t go too far out on that limb Tyrion. You’ve already earned yourself the distrust of Grey Worm and Missandei by agreeing to keep the slave trade going in Meereen for another seven years.

Meanwhile, Bran (Isaac Hempstead Wright) will learn a great deal. Any chance you might have another vision of young Ned Stark, Bran?

In The House of Black and White, Arya, with her sight restored, is given a second chance.

Meanwhile, at the Wall, Jon, Brienne and Sansa make plans to retake Winterfell and rescue Rickon.

Catch our full gallery of photos below, and check back with us on Monday for more spoilery gallery additions.

GAME OF THRONES: "The Door" 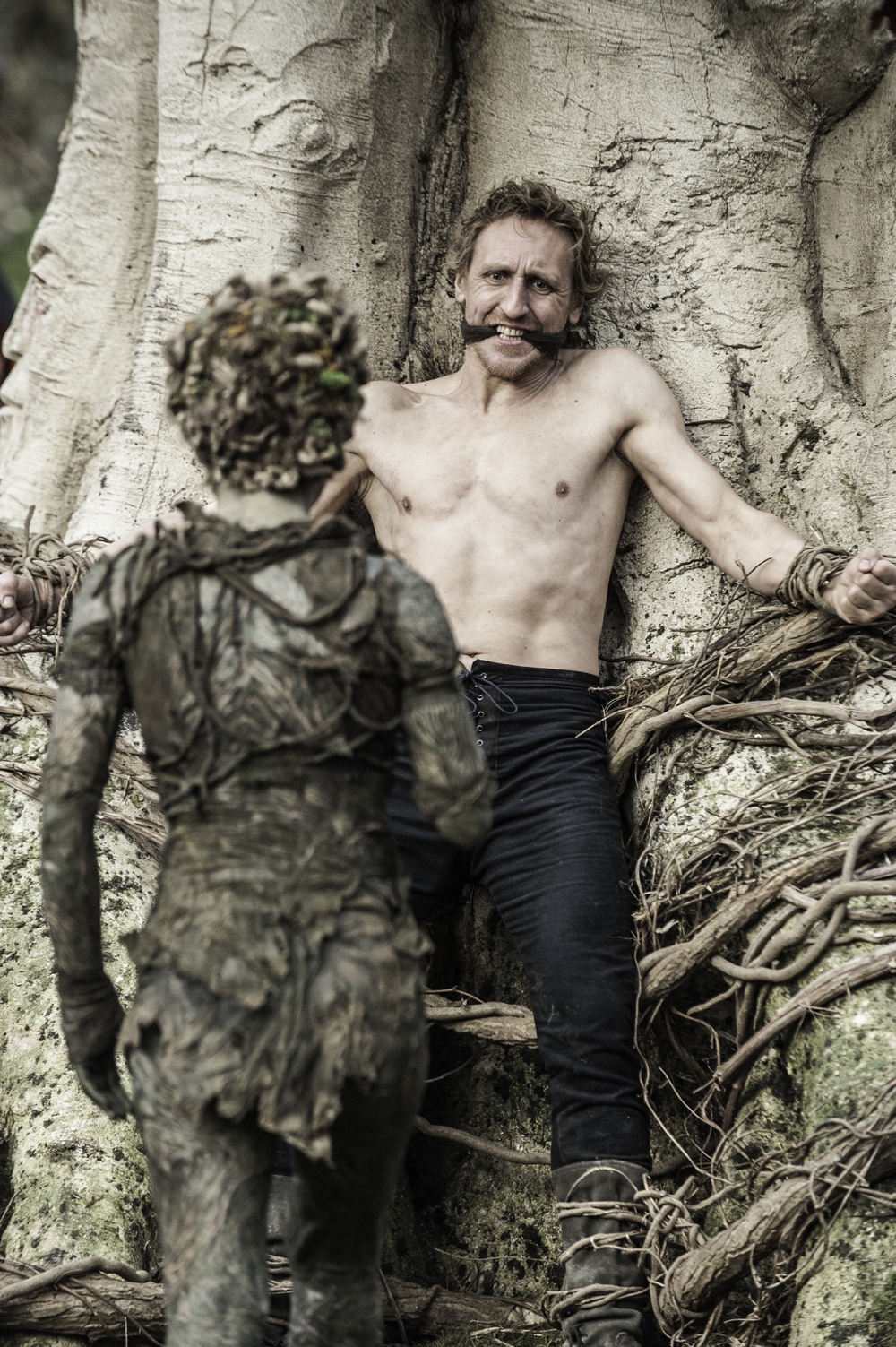