First look photos from Game of Thrones’ season six finale have finally landed, but with HBO’s recent decision not to pass along accompanying loglines to press, it only makes the game of speculation even more intense.

What we can tell, both from the gallery below, and the most recent promo trailer, is that Sunday’s “The Winds of Winter” will see Jamie Lannister, fresh from his bloodless victory over Blackfish, ‘welcomed’ by the Freys, who as we’re sure nobody needs reminding, orchestrated the Red Wedding, and the almost complete annihilation of House Stark.

How will the Freys react to the news that Sansa and Jon have successfully reclaimed their ancestral home from the Boltons? And will their tenuous hold remain should the Lannisters and Freys join forces to crush the last of Robb Stark’s family? (We’re hoping against the odds that some remnant of Brienne’s honor will take hold and compel Jamie to do something horrible to Walder Frey … but we wouldn’t bet on it.)

Meanwhile, it looks like Davos Seaworth may get to question Melisandre on the fate of Shireen, while in Kings Landing, Loras Tryell’s trial gets underway.

Catch the full gallery below. (We’ll add to it with additional spoiler photos if HBO should send them our way, Monday.)

GAME OF THRONES: "The Winds of Winter" 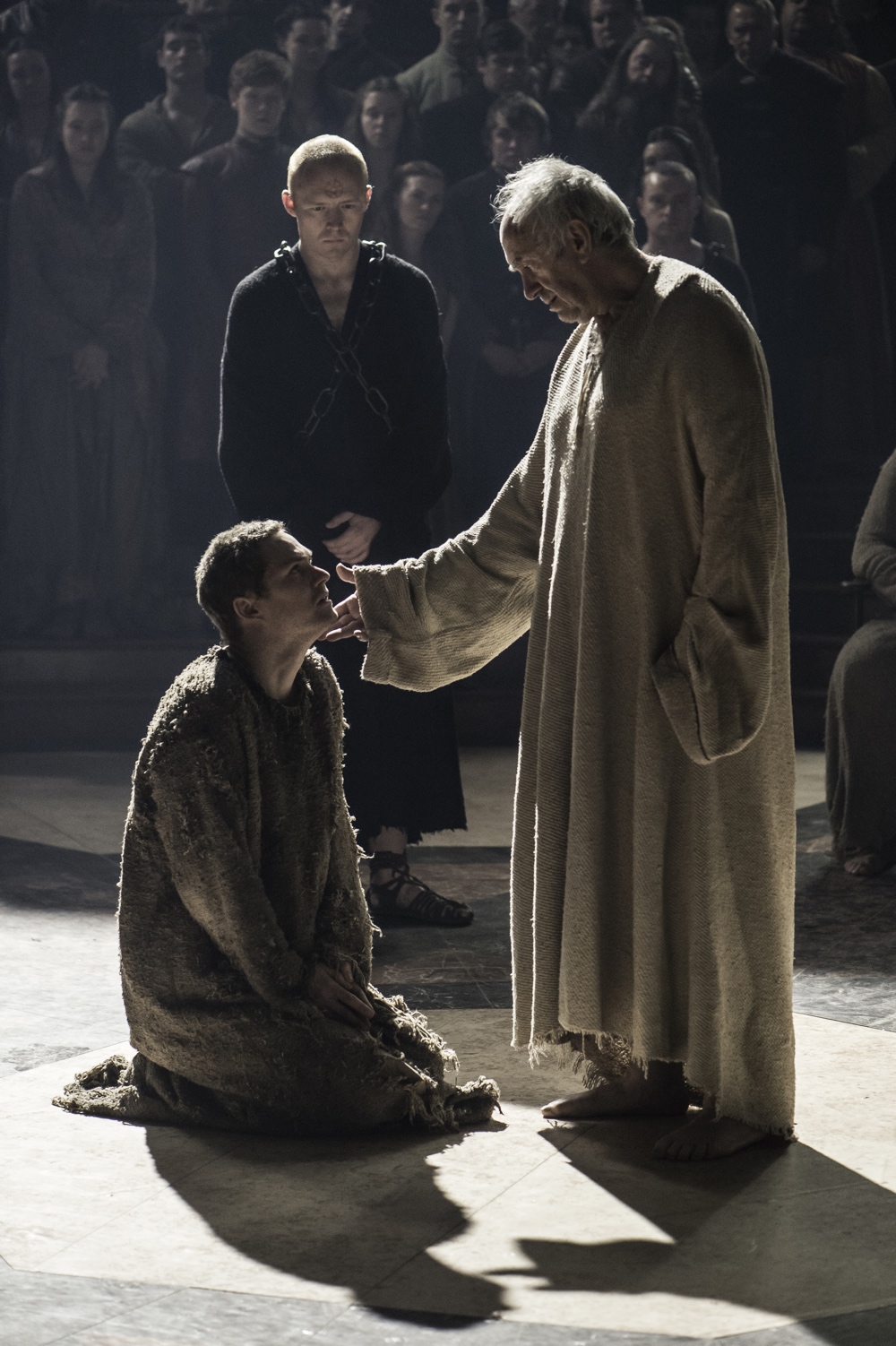