William Mapother guest stars as an evangelical preacher with a little extra something in Grimm’s April 8 episode.

The Lost star (he’s also Tom Cruise’s cousin, as it happens) will take on the role of an enthusiastic preacher who has a tent revival unlike any other when he uses his Wesen identity to gain more believers.

Nick (David Giuntoli) and Hank (Russell Hornsby) are called to the scene as things escalate when a group of “true believers” are hell bent on saving the preacher and his flock by any means necessary.

Where is it all going to end for Renard, we wonder? Remember when he got hold of those cursed coins way back in the “Three Coins in a Fuchsbau” episode, and started a campaign for power? Black Claw may be behind this particular push, but as we’ve seen in the past, Renard and ultimate power are not a good mix.

As we write, Nick, Hank and Eve are aware of the shady organization’s interest in Renard (following Eve’s discovery of that incriminating poster), but so far the Cap’s willingness to participate in their scheme is still a point to be clarified — and not just for Nick and the gang, but for us fans too.

It may be up to Eve (Bitsie Tulloch), who we hear will use uses Adalind’s (Claire Coffee) “ol’ hat trick” to gain more access to Black Claw. Time and future episodes will tell.

The Network has released a modest collection of photos for the installment. Catch them all in our gallery below. 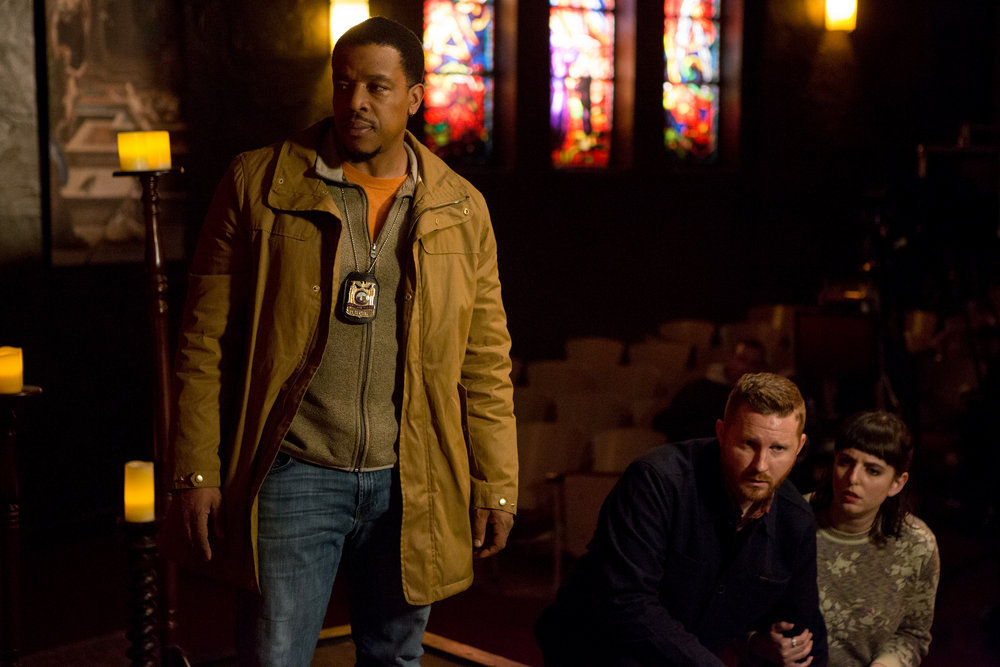