SOMETHING WICKED THIS WAY COMES

Grimm Episode 6×12 “Zerstörer Shrugged” –The prophecy that was uncovered comes to pass when a dark force arrives in Portland with its eyes set on Diana (guest star Hannah R. Loyd).

In an effort to protect her, Nick (David Giuntoli), along with Capt. Renard (Sasha Roiz) and Adalind (Claire Coffee), returns to the scene of his first investigation as a Grimm.

Back at the Spice Shop, Monroe (Silas Weir Mitchell), Eve (Bitsie Tulloch) and Rosalee (Bree Turner) make a discovery that uncovers the origins of the mysterious stick.

Meanwhile, Hank (Russell Hornsby) and Wu (Reggie Lee) are called to a crime scene that is connected to the gang’s greatest threat.

Grimm is a drama series inspired by the classic Grimm Brothers’ fairy tales. After Portland homicide detective Nick Burkhardt (David Giuntoli) discovers he’s descended from an elite line of criminal profilers known as “Grimms,” he increasingly finds his responsibilities as a detective at odds with his new responsibilities as a Grimm.

As the nefarious forces of Black Claw have been silenced, Nick faces an all too familiar foe in Capt. Sean Renard (Sasha Roiz). Now in the seat of power as the mayor elect of Portland, Renard is poised to bring rise to his own brand of law and order. Nick must take a stand to protect his city and those closest to him, especially his child with Adalind (Claire Coffee). It will take the full force of Nick and his allies to find a way to bring the peace. Meanwhile, Monroe (Silas Weir Mitchell) and Rosalee (Bree Turner) grapple with bringing a child into a new and tumultuous world, and Eve (Bitsie Tulloch) faces unsettling identity issues as her former self lurks below the surface.

Grimm is a Universal Television and Hazy Mills production. The series was created by David Greenwalt & Jim Kouf and Stephen Carpenter. Sean Hayes and Todd Milliner (Hollywood Game Night, Hot in Cleveland) serve as executive producers along with Greenwalt and Kouf. 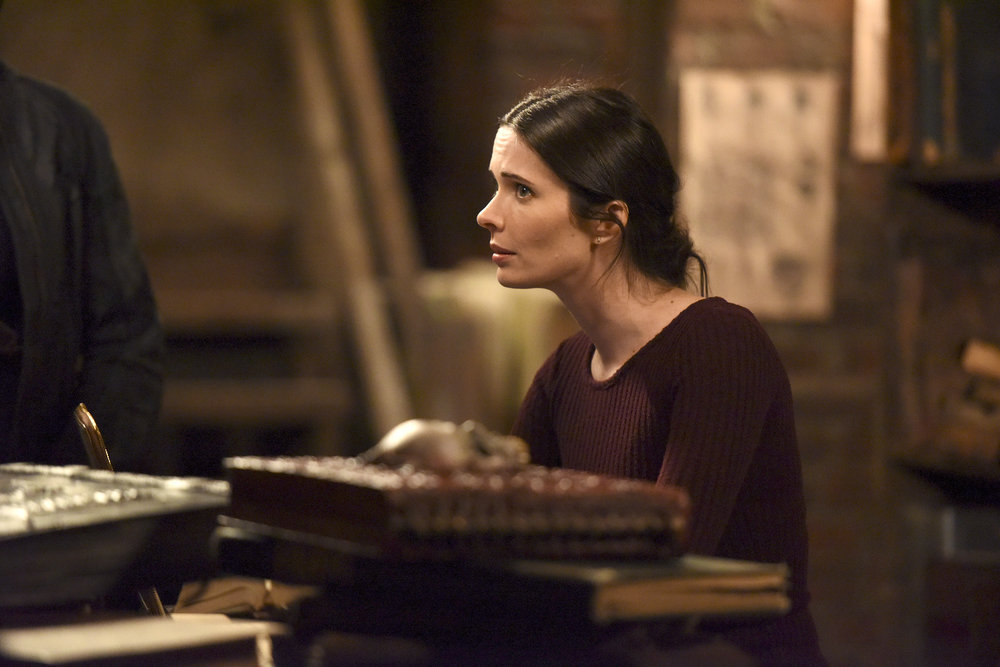 Grimm Gets Grim in a Shocking and Harrowing Series Finale