Home HEROES REBORN Season 1 Episode 4 Gallery: “The Needs of the Many”

HEROES REBORN Season 1 Episode 4 Gallery: “The Needs of the Many”

It looks like killer Luke (Zachary Levi) is about to encounter some personal troubles of his own in the Oct. 8 episode of Heroes Reborn.

Dubbed by NBC as “unexpected obstacles” that will cause relationship difficulties for Luke and his wife Joanne (Judi Shekoni), we feel this one may be a deal breaker for this Evo-murdering duo. (Catch the promo trailer below for more on that development.)

Meanwhile, in search of Hiro and answers, Noah Bennet (Jack Coleman) breaks in to Renautas.

Miko (Kiki Sukezane) meanwhile will continue her rescue mission and travels in search of her sword, and Tommy (Robbie Kay) will his ability to save a life.

We also hear that Carlos (Ryan Guzman) will take major steps forward in his heroic journey.We’re liking the suit, Carlos!

“The Needs of the Many” airs Thursday October 8 on NBC.

Catch first look images from the episode (along with that promo trailer we mentioned) follow below.

HEROES REBORN -- "The Needs of Many" 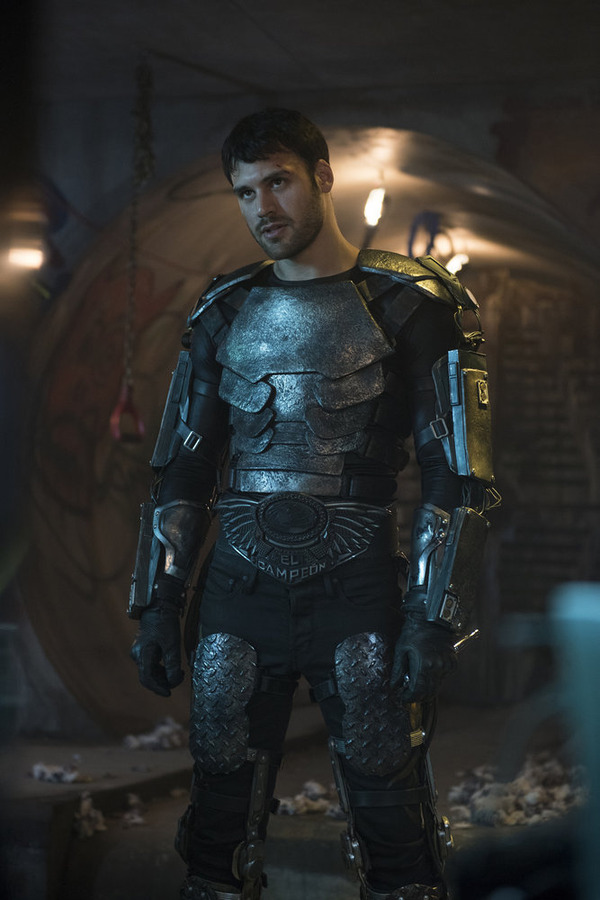 Rediscovering Their Purpose: Ichabod & Abbie (and Jenny) are Back on Sleepy Hollow