by Jennifer Griffin
With just two episodes remaining in the mini-series that is Heroes Reborn there’s still a lot to play for. It comes as no surprise then to learn the January 14th instalment, “Company Woman” will see many of our characters paths crossing as the end of civilization fast approaches. NBC teases that the episode, “Company Woman,” will shed light on... Read More

With just two episodes remaining in the mini-series that is Heroes Reborn there’s still a lot to play for.

It comes as no surprise then to learn the January 14th instalment, “Company Woman” will see many of our characters paths crossing as the end of civilization fast approaches.

NBC teases that the episode, “Company Woman,” will shed light on Erica Kravid’s (Rya Khilstedt) haunting past, as she prepares to put her startling survival plan in motion with the help of Tommy (Robbie Kay).

Recent episodes have seen Tommy playing both sides, apparently convinced by Erica’s plan for humanity’s survival, but also willing to provide an escape for Miko, and to lie to Erica about her demise — an act that might just cost him dearly.

Spectacularly, Miko took on Erica’s clone master in “Send in the Clones,” dispatching him and ensuring that none of his replicas could spawn to hunt down more Evos. A killing blow for Erica’s plans, and Tommy’s future? We’re not yet sure, but we’re hoping to see Tommy make an unambiguous stand regarding his convictions before the finale.

Meanwhile, we hear that the episode will see Malina (Danika Yarosh) racing to unite with Tommy (assisted by Zachary Levi’s Luke, while hateful brother and sister team Quentin (Henry Zebrowski) and Phoebe (guest star Aislinn Paul) plot against them.

Meanwhile, Matt Parkman (guest star Greg Grunberg) will orchestrate plans of his own to ensure the safety of his family — plans that might put Taylor (guest star Eve Harlow) in mortal danger.

And not discussed by the Network, but clearly evidenced in our gallery below, Joanne’s (Judi Shekoni) assignment to kill Malina will put her and Luke at odds in a climactic scene.

Will either Joanne or Luke stand down, or will this reunion between sparring spouses lead to death?

First look images from the episode follow below in our weekly gallery. 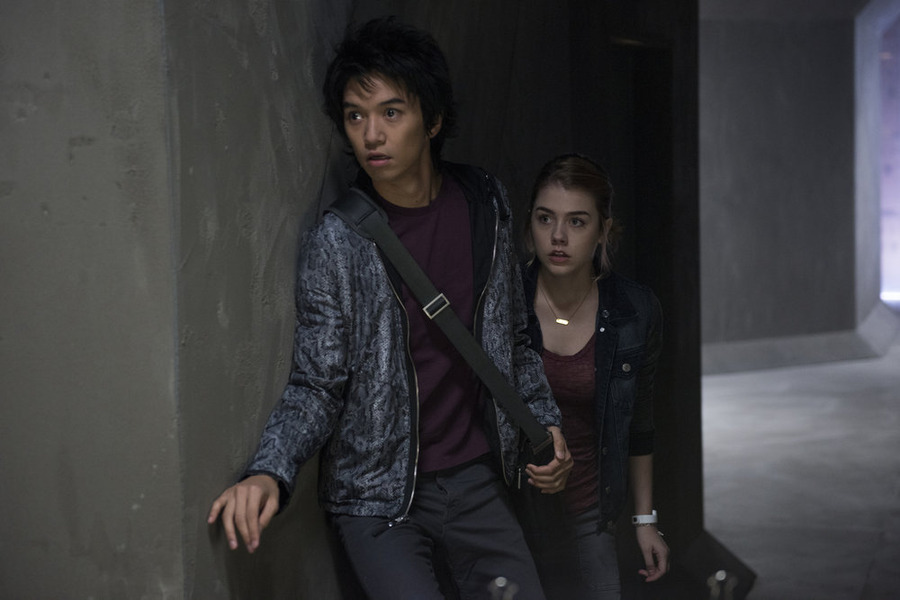 Plots and Fates Collide in Heroes Reborn “Send in the Clones”