by The Screen Spy Team
Castle Rock Premieres at Comic Con By Pauline Perenack There’s another Stephen King show out there, and what better place for it to premiere than at Comic Con. As such, on Day Two, the Hulu-exclusive show had fans lined up for hours to get in to be one of the first to see the new... Read More

There’s another Stephen King show out there, and what better place for it to premiere than at Comic Con. As such, on Day Two, the Hulu-exclusive show had fans lined up for hours to get in to be one of the first to see the new horror show. Castle Rock focuses on the small town of the same name, and the characters who inhabit it. Their lives all intertwine, and the show follows each one as they navigate the mysteries that seem to also inhabit the town.

The pilot focuses on the discovery of a mysterious prisoner in Shawshank, who asks for a very specific lawyer. That lawyer has his own mysteries, as when he was a child, he ran away for days, but can’t remember anything before being found alive and well.

The panel itself consisted of stars Bill Skarsgard, Sissy Spacek, Melanie Lynskey, Jane Levy, and executive producers Dustin Thomason and Sam Shaw. Here are some nuggets of information picked up during the panel.

Overall, I very much enjoyed Castle Rock. I was a huge fan of Haven in the day, and this has that same town of mysteries feel, but the intensity level is way up there. I definitely jumped during one scene, as did most of Ballroom 20, so get ready when you watch it. If you don’t already have a Hulu account, this might be the show that tips you over the edge to buy one (it is for me). 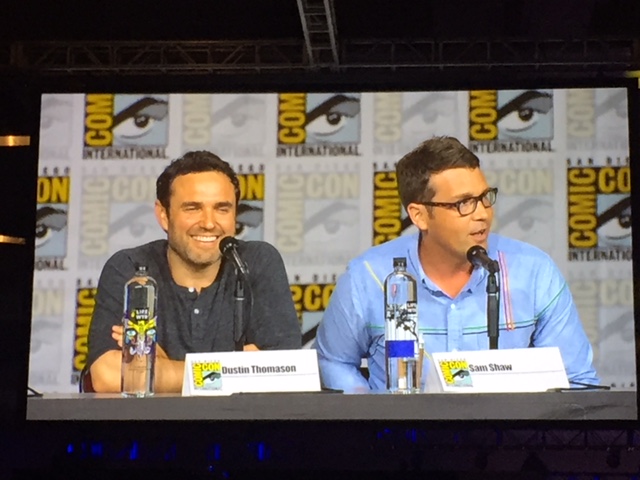