Agent Carter fans, get your very first glimpse of the series’ exciting season one finale with our “Valediction” gallery.

View 40 brand new images for the February 24th episode below, along with a short synopsis, courtesy of ABC Television Network.

In what is sure to be a heart-stopping season closer, Peggy will go head to head with a powerful foe. It won’t be easy for our favorite agent as Peggy is set to face the full fury of Leviathan.

As Agent Carter deals with a take down, Howard Stark will make a return. 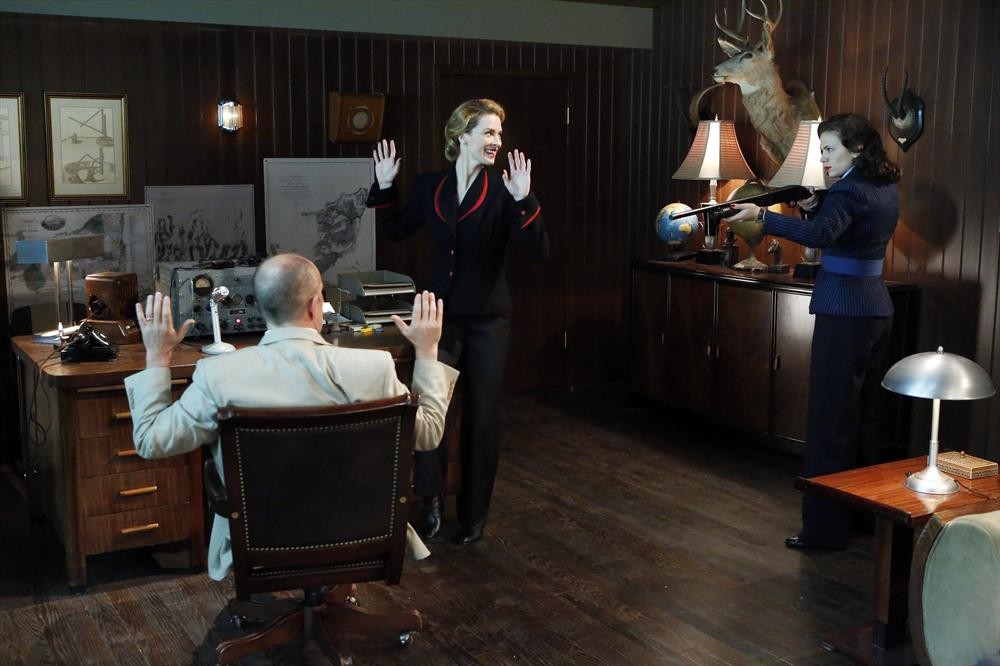