If you thought the showdown between SHIELD and “Real SHIELD” was going to be anything less than bloody then these just-releaed images from Tuesday’s episode might persuade you differently.

“One Door Closes” will see Bobbi, who coolly requested a mere 6 hours to neutralize (read kill) Coulson bringing a war to his doorstep in a way he never anticipated.

ABC teases that shocking revelations will be brought to light (isn’t that Lucy Lawless in one of these images below?) and Skye will struggle to control her new abilities.

However Skye will soon be forced into making a life-changing decision.

I think it’s safe to say we can expect a pretty action packed installment. 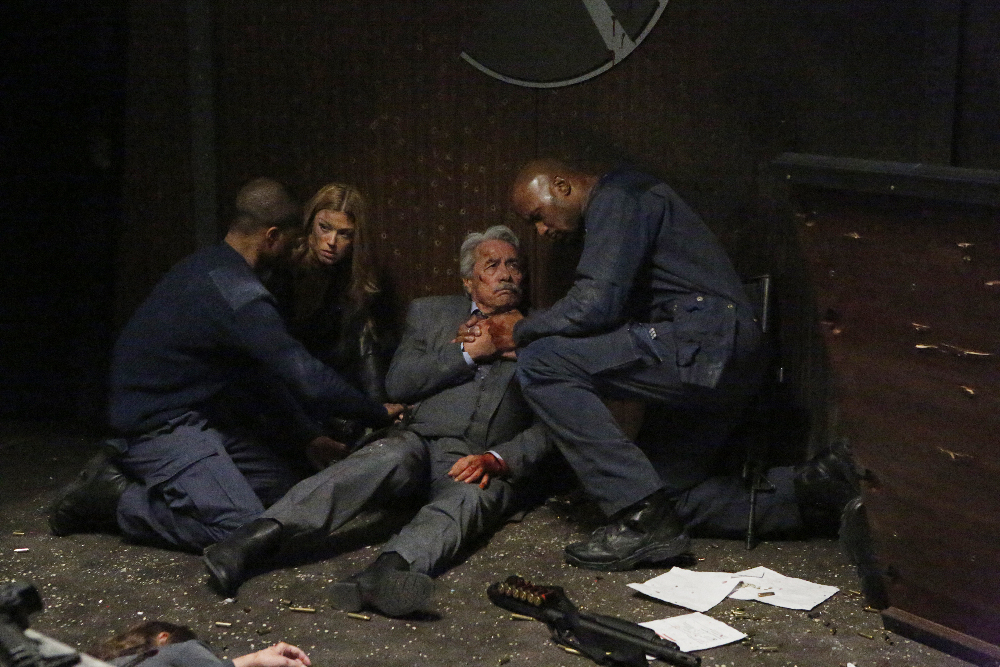 MARVEL'S AGENTS OF S.H.I.E.L.D. - "One Door Closes" - War comes to Coulson's doorstep in a way he never anticipated as shocking revelations are brought to light, and Skye struggles to control her new abilities but will soon make a decision that irrevocably changes her life, on "Marvel's Agents of S.H.I.E.L.D.," TUESDAY, MARCH 31 (9:00-10:00 p.m., ET) on the ABC Television Network. (ABC/Kelsey McNeal)

IMAGES: Agents of SHIELD Season Finale “Beginning of the End”