According to the latest from NBC, “Red Rag the Bull” will see Chief Pridgen (guest star Matthew Del Negro) coming under fire after making a tactical error during an apartment fire for which he throws Lt. Casey (Jessie Spencer) under the bus, leading Lt. Severide (Taylor Kinney) to take it upon himself to clear the problem.

In an effort to further cover himself from any wrongdoing, Pridgen enlists the help of Lt. Welch (guest star Kenny Johnson), who is faced with the choice of whether to fit in with the firehouse or follow his superiors self-serving orders.

Elsewhere, Mouch (Christian Stolte) is floored upon learning that his donation to a fertility clinic has resulted in a child who, now a young adult, wants to meet him.

Meanwhile, Brett (Kara Killmer) and a reluctant Cruz (Joe Minoso) take Dawson (Monica Raymund) out on a double date and Boden (Eamonn Walker) focuses his efforts on his duties at home as a father.

Our gallery of first look images from the episode follow below. 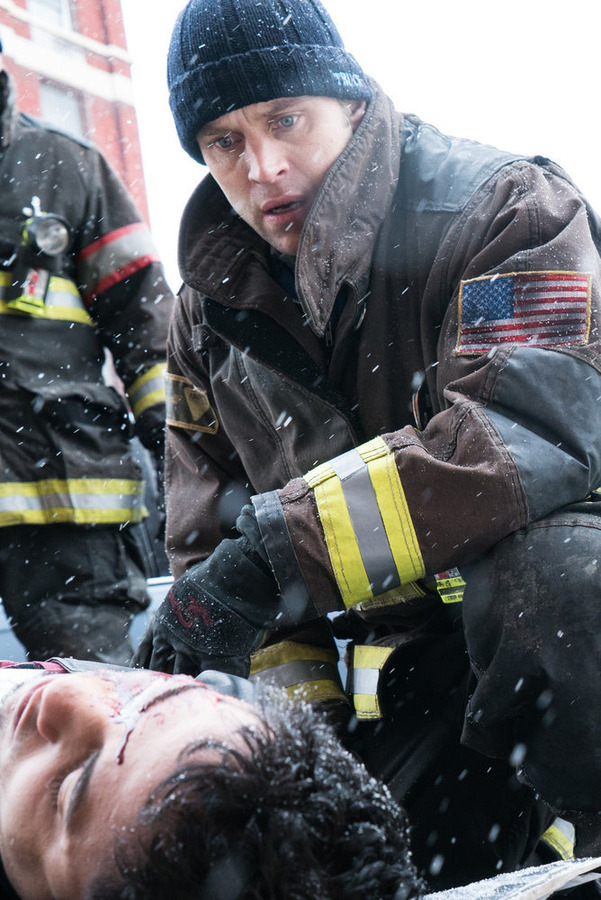