Dominion will return to Syfy this summer for a second season of 13 episodes.

The season ahead will see humanity continue its struggle against the archangel Gabriel and his army of angels, while Alex travels from Vega to the legendary city of New Delphi — a human enclave with a dark secret — hoping to secure a military alliance with its charismatic leader.

Meanwhile, Back in Vega, Claire Riesen faces a civil war, pitting her against the disgraced David Whele and his newfound rebel allies.

While war rages in the few cities left on earth, Michael stumbles upon a mystery in the form of Mallory, a perfect small town seemingly untouched by mankind’s war with the angels.

The series is also set to expand its roster of talent over the season ahead with the addition of several new characters. Specifically:
– Nic Bishop (Covert Affairs) portrays Gates, a brilliant but troubled military genius who helped build Vega into the stronghold it has become.

– Simon Merrells (Spartacus: War of the Damned) plays Julian, the cunning and powerful leader of New Delphi. Julian is a cryptic man with motives as questionable as his past and will go to any lengths to protect his city.

– Christina Chong (24: Live Another Day) is Zoe, a member of Vega’s Archangel Corps who defected to a rebel faction. Bold, fierce and scrappy, she’s a member of the poorest class that dwells in the city’s dangerous tunnels.

– Olivia Mace (Doctors) portrays Laurel, the steadfast leader of the small Southern town of survivors who have inexplicably managed to insulate themselves from the fallout of The Extermination War. Laurel is deeply devout to her religious faith and is unwavering in her resolve.

– Luke Tyler (Chronicle) plays Pete, an energetic, bright, dynamic and eternally optimistic teenager who grew up in the apocalypse. He has only ever known a battle-torn world, so he has no memories of the peaceful past.

And last but no no means least, Carl Beukes, who plays Archangel Gabriel, returns as a series regular in season 2.

First look images from the premiere episode “Heirs of Salvation” follow below. 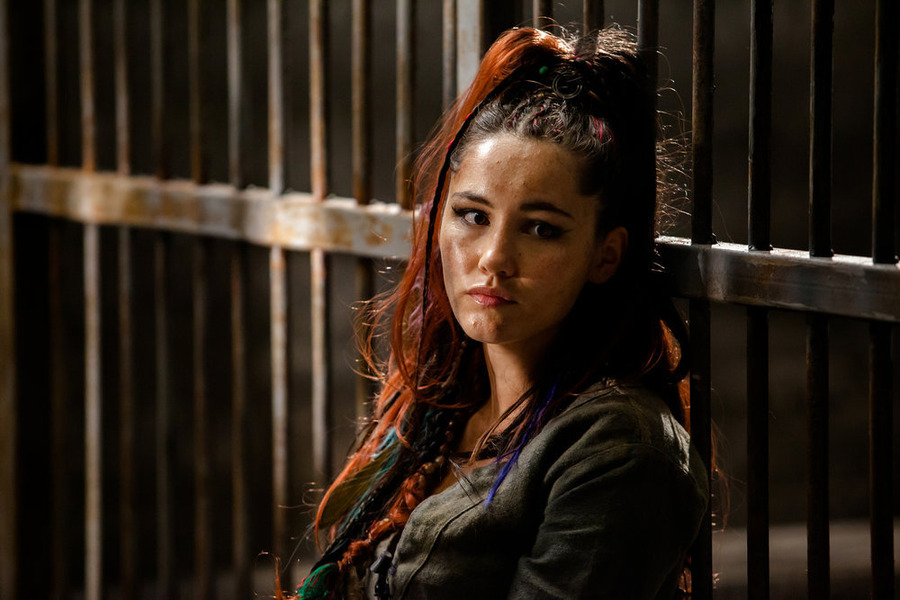