Tyrion greets Danerys in a more formal setting in these first look images from Game of Thrones next episode.

Following on from their timely but impromptu meeting in the fighting pits at Mereen, it seems the Mother of Dragons will hear what Tyrion has to say in her audience hall, but what offer can the disgraced Lannister hope to make in order to keep his head on his shoulders?

HBO also teases that the episode, titled “Hardhome” will see Jon Snow continue on his journey to unite the people beyond the Wall to his cause, while Arya makes progress in her training.

Meanwhile, Sansa confronts an old friend and Cersei struggles in her new surroundings.

“Hardhome” was written by David Benioff & D.B. Weiss and directed by Miguel Sapochnik. 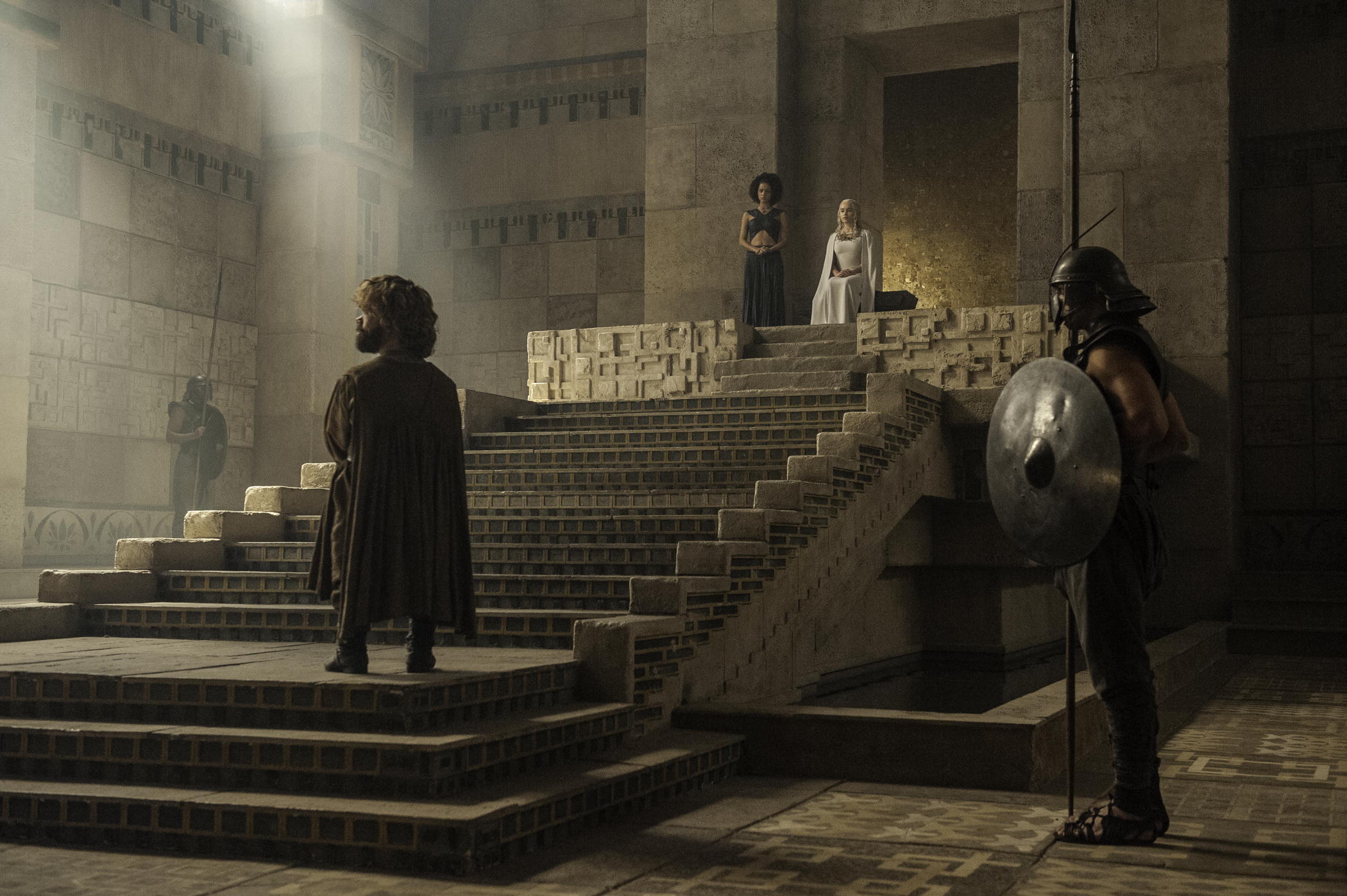