Grey’s fans, we’ve got some first look images to share from the season finale, via ABC.

The Network teases that in “You’re My Home” the doctors continue to tackle an unfathomable crisis.

In doing so, they are reminded of what is important and are brought closer together.

Calzona fans may well wonder if this closeness extends to their favorite couple, as the images in our gallery below feature Callie and Arizona in several shots.

The finale airs Thursday May 14 on ABC. 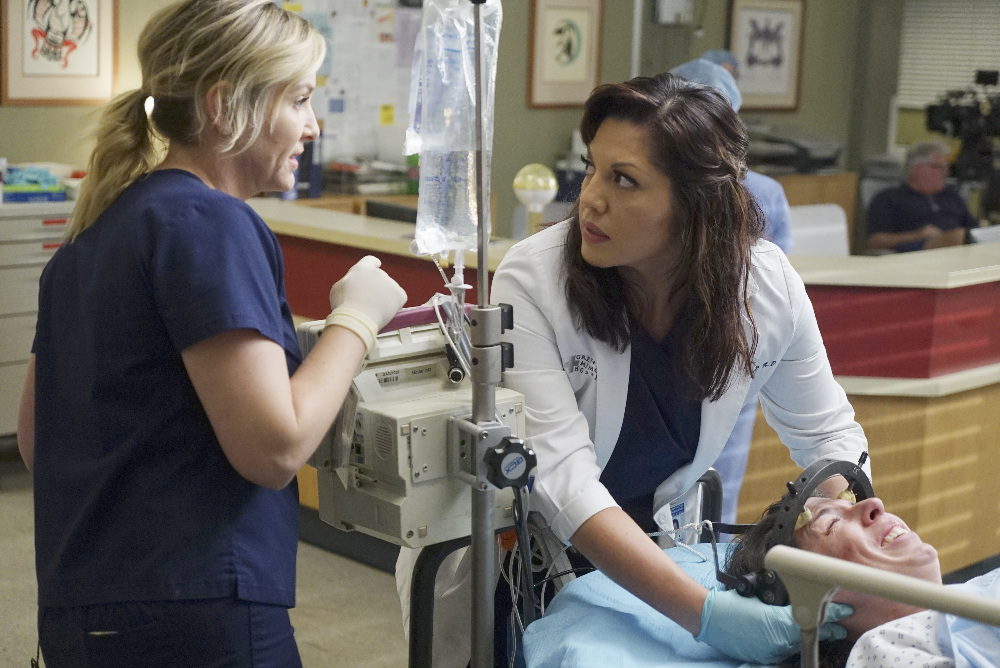 GREY'S ANATOMY - "You're My Home" - As the doctors continue to tackle an unfathomable crisis, they are reminded of what is important and brought closer together, on the season finale "Grey's Anatomy," THURSDAY, MAY 14 (8:00-9:00 p.m., ET) on the ABC Television Network. (ABC/Richard Cartwright)JESSICA CAPSHAW, SARA RAMIREZ