PLL fans, we’ve got a large collection of images to share from the show’s March 10th episode.

In “The Melody Lingers On” ABC Family teases that as Alison’s trial is about to begin, the once-confident Queen Bee is not so confident about her fate, as testimony reveals not only her lies but the lies of those close to her.

Meanwhile, Spencer, Aria, Emily and Caleb search for information to clear the imprisoned Hanna following a string of clues that might have been left by Mona or possibly planted by “A.” 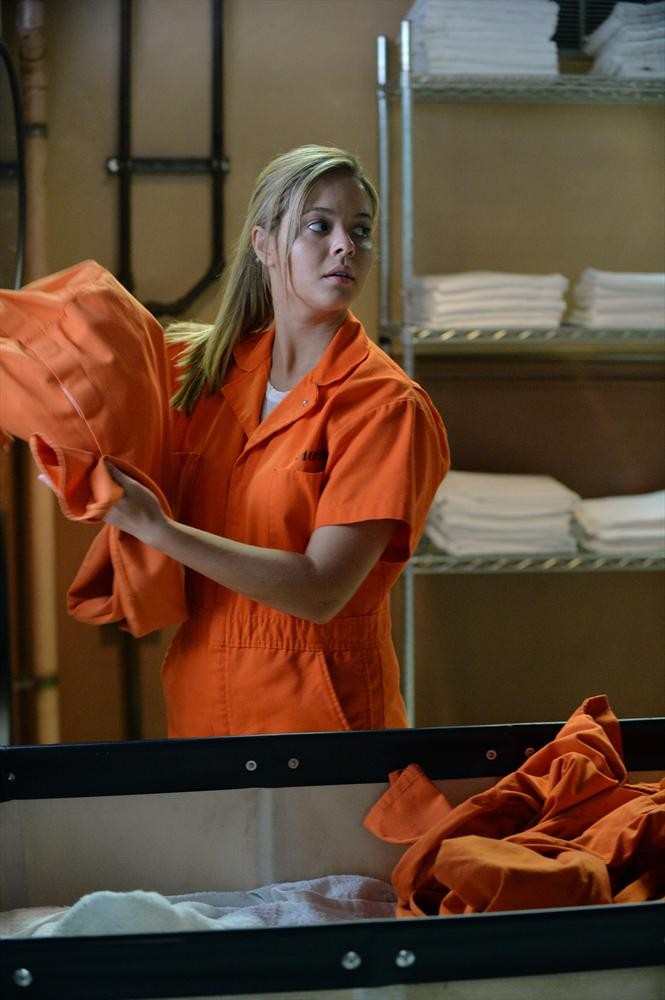