The show returns to ABC Family from June 2, kicking off with a new season premiere, “Game On Charles.”

Written by E.P. Marlene King, the episode will pick up moments after the season five finale with Aria, Emily, Hanna, Spencer and Mona  trapped outside of Charles’ Dollhouse with nowhere to go and dealing with an angry tormentor.

Not only that but just when the Liars thought Charles couldn’t get any worse, his games take a more demented and darker turn, according to the Network. As the girls struggle to survive, the puzzle of Charles’ story begins to come together.

Meanwhile, Ezra, Caleb and Toby continue the fight to find the girls with or without Rosewood P.D.’s help.

Catch a collection of first look images (and some new behind the scenes photos) from the premiere in our gallery below. 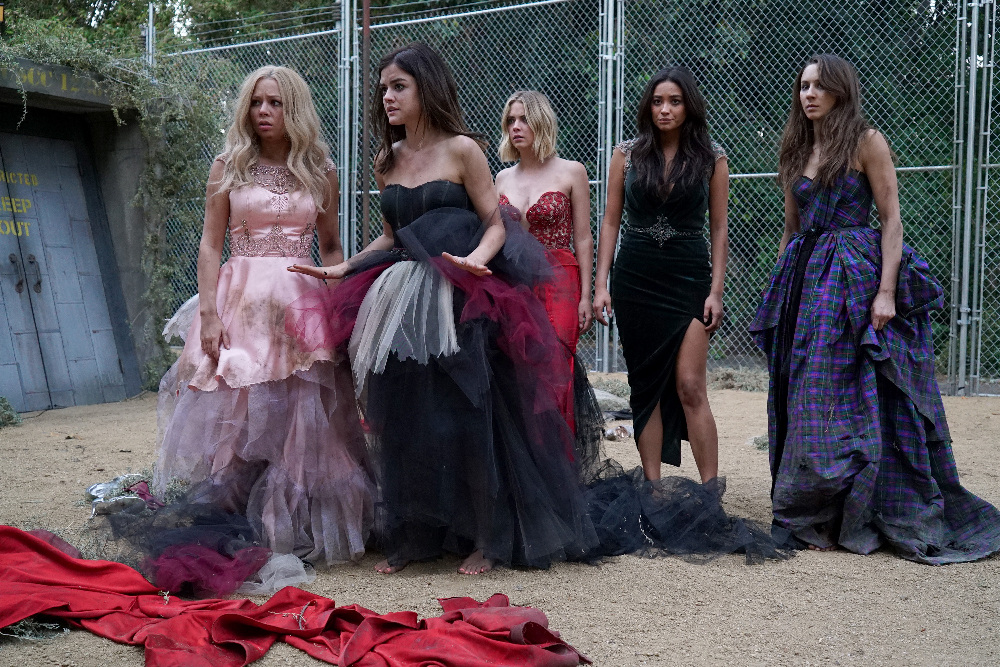