When a murky stitch doesn’t give enough evidence against a newlywed husband accused of taking out a hit on his wife, Kirsten attempts to prove her strong feelings about his guilt in Stitchers‘ June 16 installment, “Connection.”

However, the effects of residual emotions from the stitch makes Cameron worry that Kirsten will end up like Marta, the program’s previous Stitcher.

Meanwhile, Linus and Camille get to know each other better. 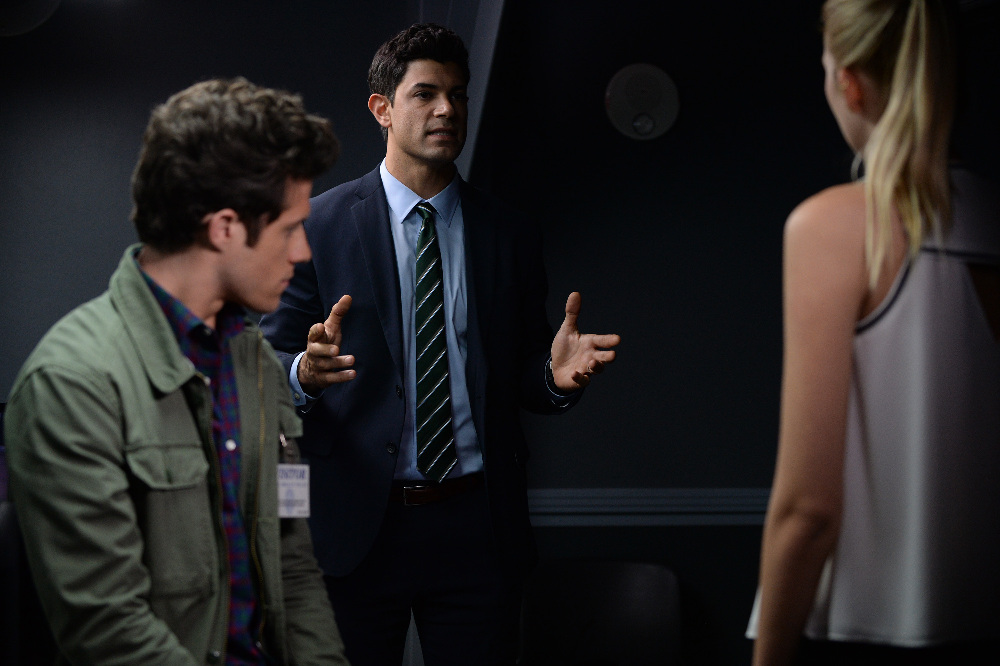 STITCHERS - "Connection" - When it appears that a husband took out a hit on his wife, Kirsten and her team attempt to find out the truth in an all-new episode of "Stitchers," airing Tuesday, June 16, 2015 at 9:00PM ET/PT on ABC Family. (ABC Family/Eric McCandless)KYLE HARRIS, DAMON DAYOUB