We’ve got a collection of first look images from the episode to share below, which show Caroline (Candice Accola) in a dark place, as her new reality begins to sink in.

Catch our gallery following the CW’s official log lines for “Let Her Go” below.

EXECUTIVE PRODUCER JULIE PLEC MAKES HER DIRECTORIAL DEBUT — After assigning tasks to each of her friends, Caroline (Candice Accola) attempts to deal with her current situation as reality begins to set in around her.

While spending the day with Caroline, Elena (Nina Dobrev) grows concerned when she starts noticing a strange change in her behavior.

And when Damon (Ian Somerhalder) offers Caroline advice on how to cope with everything going on around her, it forces him to revisit painful memories involving his own mother.

The Vampire Diaries -- "Let Her Go" 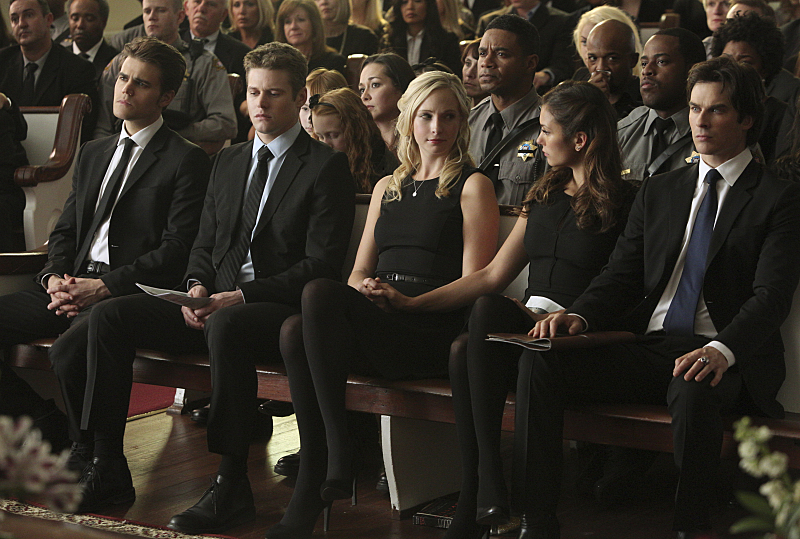