TVD fans, we’ve got some first look images to share from March 19th’s “Bird in a Gilded Cage.”

The episode will see Enzo (Michael Malarkey) and Alaric (Matt Davis) attempting to reel Caroline (Candice Accola) back in. However things don’t go as planned when they realize they’ve been outmaneuvered.

Will Stefan be the one to talk Caroline down? These first look images suggest that he’s willing to give it a try. Meanwhile, says the CW, her plans for him will backfire, leaving her to pick up the pieces.

And an unexpected gift from Bonnie leaves Damon shaken to his core.

The Vampire Diaries’ “Bird in a  Gilded Cage” airs March 19 on the CW. 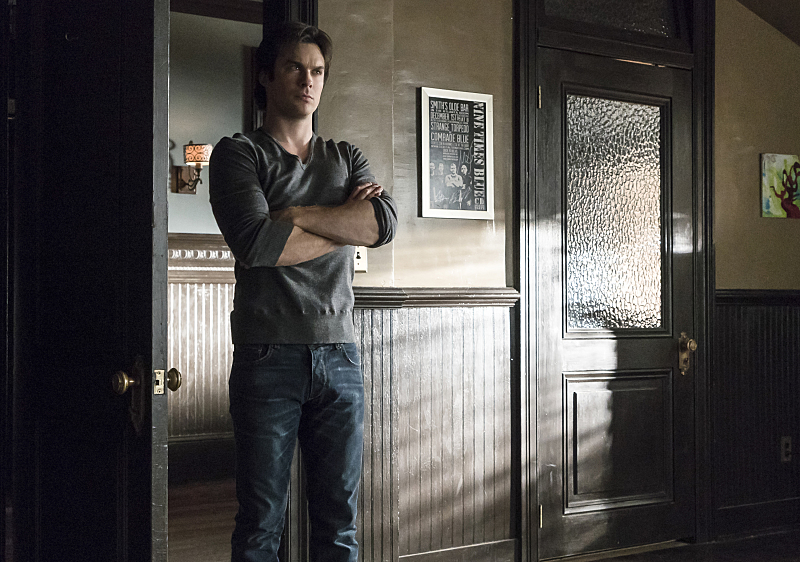 IMAGES: The Originals Season 2 Episode 15 "Save My Soul"