JoAnna Garcia Swisher, Kimberly Hébert Gregory and Chloe East Join Ritter as He Attempts to Find the One Thing that Allows Mankind to Persevere: Hope

Kevin Finn (Jason Ritter) is not a good person. He’s not terrible, but he’s selfish and clueless, and values material wealth and status over all else. And he’s beginning to realize that those things aren’t making him happy – in fact, he’s fairly miserable.

Just when things seem to be at their worst, he finds himself tasked with an unbelievable mission: saving the world.

In the series premiere, “Pilot,” Kevin, who is on a dangerous path of despair, returns to his childhood home in Texas to crash with his widowed twin sister, Amy (JoAnna Garcia Swisher), and teenaged niece, Reese (Chloe East). It is a strained homecoming – he and his family have grown apart over the years – and Kevin has no real hope that anything will get better.

But a series of fantastic events, including a meteorite landing near the house, lead Kevin to meet an unlikely celestial guide, Yvette (Kimberly Hébert Gregory). Yvette delivers incredible news to Kevin: in every generation there are 36 righteous souls on Earth whose mere existence protects the world. Kevin, she tells him, is the last of the 36 righteous. Humanity has been thrown into crisis. Without the 36, the world will begin to lose the one thing that allows us to persevere through the ups and downs of life:  hope.

Now Kevin has a mission, whether he wants it or not:  “power up” his soul through acts of kindness and selflessness, so that he can eventually find and anoint a new generation of righteous. Yvette will serve as his protector and teacher, a drill sergeant with divine authority, even if she’s the least angel-like person he’s ever met.

First look photos from the series premiere follow below. 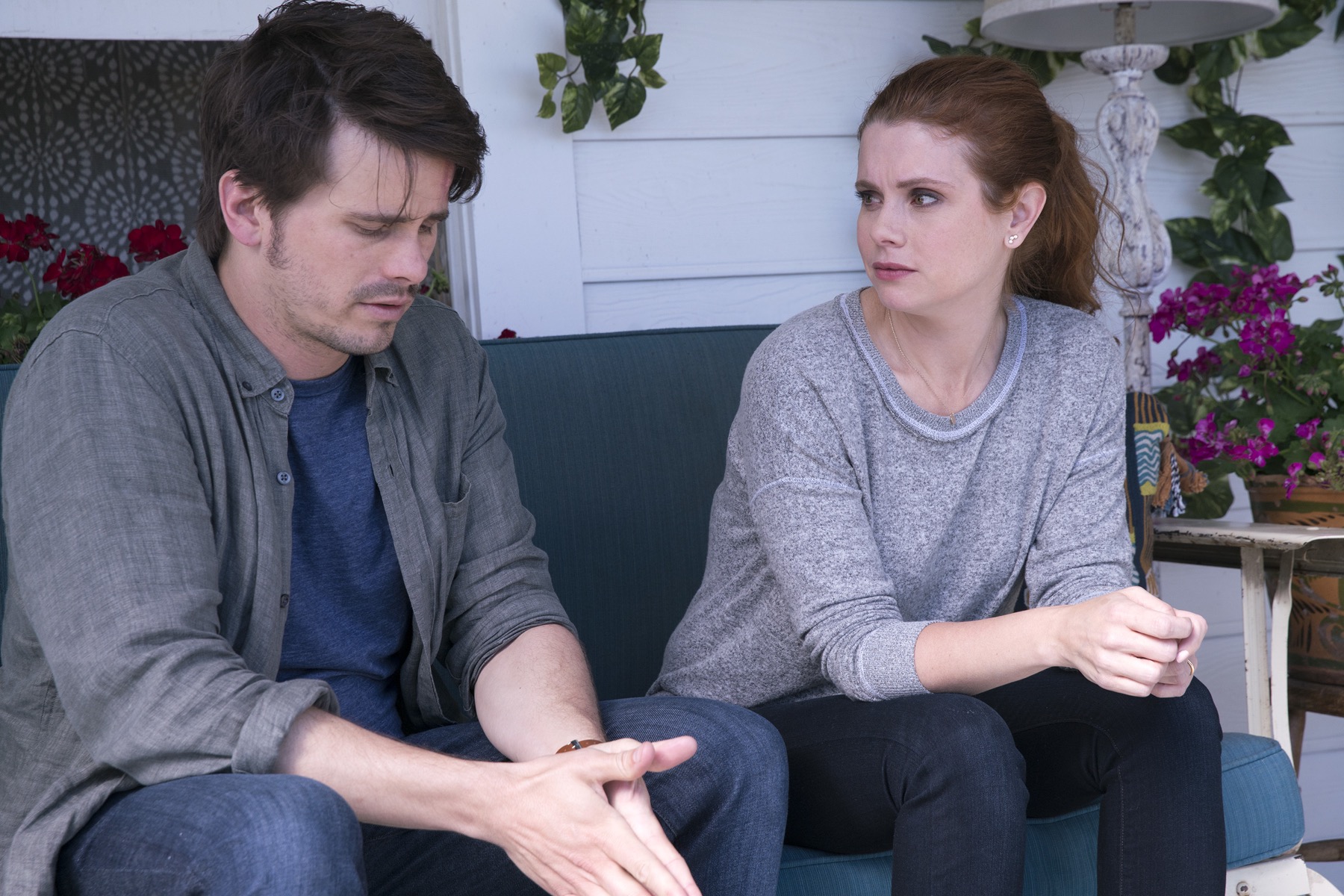 KEVIN (PROBABLY) SAVES THE WORLD Episode 1.04 “How to be Good” Photos